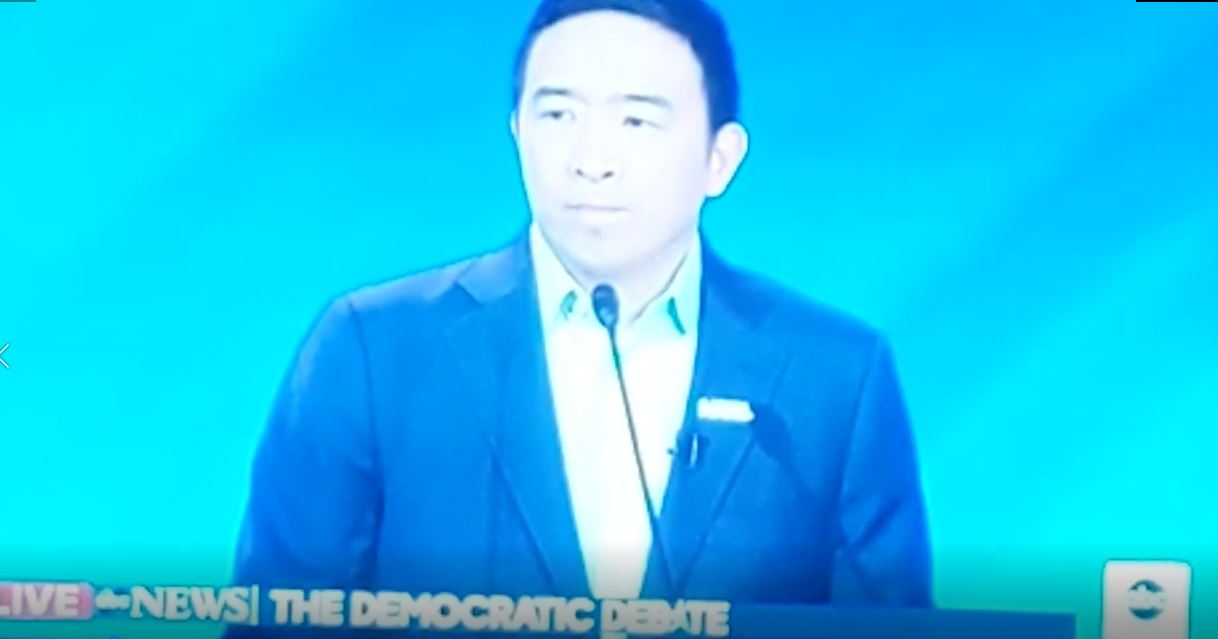 Andrew Yang gave one of the most profound answers to a question about poverty at the Democratic Debate. It is clear he realizes America requires transformative change.

George Stephanopoulos had one of the most profound questions that questioned the reality of our current economic system.

"Today, nearly one in five American preschoolers are still living below the poverty line, even though we've had 10 straight years of economic growth," Stephanopoulos said. "What does that say to you about where America is today and what we need to do about it? "

Andrew Yang did not disappoint with his answer to Stephanopoulos' last question. He took it head-on.

We're in the midst of the most extreme winner take all economy in the history of our country," Andrew Yang said. "And unfortunately, that extremity is just going to reach unprecedented heights as technology is getting stronger, smarter, more capable all the time, and most of us are not. Most adults feel happy if we stayed about the same on any given day. So if we want to alleviate child poverty, we need to put money directly into the hands of families, particularly single parents, 40% of American children today are born to single moms, 90% of single parents are single moms and right now we have fallen into this trap where we have allowed the market to tell us what we are all worth."

Andrew Yang then went into the inconvenient truths about the state and values of our current economic system.

"What is the market value my wife, Evelyn had, or stay at home parents around the country?" Andrew Yang said. "Zero. Caregivers taking care of ailing loved ones, like Kyle Christensen in Iowa? Zero. Volunteers and activists in our communities trying to do something positive? Zero. Coaches and mentors helping our kids? Zero. Most artists, sorry artists, but it's true. Zero. Increasingly local journalists, which is wiping out our ability to have a functioning democracy because you can't vote on something if you actually don't have any news coverage. The mission in this campaign has to be for us to disentangle economic value and human value, say they are not the same things and make this case to our fellow Americans. That we each have intrinsic value as citizens, as human beings and as owners and shareholders of the richest country in the history of the world."

There were three-and-a-half true progressives on that stage. Name them. And the half?

Related Topic(s): Andrew Yang, Add Tags
Add to My Group(s)
Go To Commenting
The views expressed herein are the sole responsibility of the author and do not necessarily reflect those of this website or its editors.