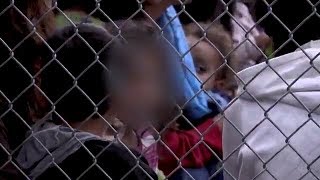 There is a poorly defined, individually influenced, and often disingenuous argument swirling around to the effect that Trump can be useful to achieve a "fill-in-the-blank" objective.

There is a laundry list of objectives. Things that individuals and groups have tried to achieve for better or for worse over the years, only to be frustrated by the US government.

The wish list for the US right includes expansive gun rights, ultra-conservative judges, tax cuts for the wealthy, the privatization of just about everything, an end to the silly notion of democracy, and the accession of permanent minority rule.

For the Russians, the destruction of the NATO alliance, a lifting of US sanctions, a US no longer capable of mounting or enforcing sanctions, and Western democracies in general decline as their markets become more easily exploited are all things they hope Trump might open the door to.

But there are voices on the left who believe but do not readily admit that Trump creates what they view as a climate of opportunity as well. Like the Russians, their aspirations include a US less militarily and economically powerful globally, a US intelligence community brought to task over longstanding and in fact well-documented abuses, and an opportunity for the political ascension of new left-leaning policies.

What could go wrong?

Donald Trump could offend every ally the United States has. The EPA, the State Department, and the Bureau of Consumer Protection could be dismantled. The Supreme Court could be stacked with right-wing fanatics for generations to come. Affordable healthcare in the richest nation on earth could be dealt a death blow along with affordable education, abortion rights, labor rights, the right to vote, and everything else that is truly redeeming about what is left of this country.

One of the benefits of peace is social progress. A society not at war can more easily progress. Donald Trump, his enablers, and his dependents, both declared and undeclared, see a war on US governance as necessary. It is an anarchic concept.

A lot can go wrong. A lot has already gone wrong. Progressive social achievement flourishes in a climate of peace. Visualize peace and progress.

Related Topic(s): Anarchy Anarchism; Peace; Progress; Rights, Add Tags
Add to My Group(s)
Go To Commenting
The views expressed herein are the sole responsibility of the author and do not necessarily reflect those of this website or its editors.