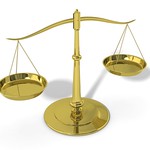 A New Presidential Commission on Election Integrity was created yesterday, May 11 (see click here), by the (more than 100th) executive order of President Donald Trump. It's already been called "kangaroo" for many reasons. Someone should inform/remind the president that in 2016 a congressional caucus on Election Integrity was formed in the House of Representatives and has already prepared much legislation to combat election fraud. If you search the congressional database for 2017-2018 alone, you will find that 172 laws relevant to voting and elections have been introduced so far, and this Congress just came into session in January.

One that may be of particular interest to the president questions Russian involvement in his 2016 campaign and manipulation of the election results, H.Con.Res.15, sponsored by Rep. Maxine Waters (D-CA) on January 31 and cosponsored by 22 others. I am sure that many if not all of them are members of the Election Integrity Caucus. Predictably, they are all Democrats.

I don't guess that the caucus is of much interest to the president, whose actual concern is the opposite of election integrity, the myth of voter fraud, an issue that he believes bears scrutiny because candidate Clinton beat him by 3 million popular votes last year. Not only that, but photographs of the crowds attending his inauguration show bald spots, unlike the dense hordes documented for both of Barack Obama's inaugurations. No holes.

And so, to perfect the imperfect, if new photographs haven't been circulated yet, new proof that vote fraud generated Hillary's 3 million extra popular votes is of paramount importance. You can be sure that it will be well funded, though committee members will be reimbursed for travel only on a per diem instead of subsistence basis. Perhaps Medicaid funds will pay for it. No additional compensation for those participants, though. The commission will be administrated by the Government Services Administration "subject to the availability of appropriations." Care to spare a dime?

It's like scraping the bottom of an empty barrel, as proven by countless, nonpartisan studies whose conclusion is that one is more likely to be struck by lightning then commit voter fraud. Now, for the uninitiated, there are many categories of voter fraud, but our subject, the hen's tooth, is voter impersonation at the polls. It just doesn't happen. Even President George W. Bush's relevant commission had to corroborate that.

The commission was today described by Rep. John Lewis (D-GA) as "nothing more than a cover for them to threaten our progress---with registration barriers, elimination of early and absentee voting, and rules that obstruct an inclusive democracy."

The chair of President Trump's commission will be someone else whose popular vote total was exceeded by 3 million votes, Vice President Mike Pense. The co-chair, whom Greg Palast called Al Capone hired to lead an investigation of the mob, is Kansas's Secretary of State, Kris Kobach.

Mr. Kobach's qualifications are many. He probably was inspired by former Florida SoS Katherine Harris's logic as she trimmed a voter roll of likely Democrats by 94,000 before Election 2000: eliminate duplicate names of likely Democrats, using as datapoints only first and last names. Forget middle initials or birthdays or social security numbers. Poof go the Democrat votes! And so it has gone with a perfectly justifiable practice, interstate crosschecking, that is part of the HAVA-mandated digitization of voter rolls statewide. This has been completed in 32 states, which compare their rosters for duplication, honest duplication, which occurs, for example, when a voter moves from one state to another, as happens often in our highly mobile society--will we all be moving soon?

But Mr. Kobach has hooked into this project with his Harris logic of eliminating all of the Michael Jacksons from voter lists, regardless of their middle initials, let alone state of residence. He targets common names like the above (often of African Americans); and in addition, aiming at Asian Americans and Hispanic Americans, he will exercise the same amputation of all Jang Lees and Jose Hernandez's and other names shared by many among these populations. Off they go from the lists.

According to Palast, 1.1 million were scrubbed from voter lists in the 28 states participating in Kobach's version of interstate crosscheck in 2016. If you go to gregpalast.com, you will find other statistics relevant to swing states won by Trump by a pittance compared with the number of voters illegally eliminated from the registration rolls in some of those states.

Back to the executive order. Fifteen committee members will assist Messrs. Pence and Kobach: "The President shall appoint the additional members, who shall include individuals with knowledge and experience in elections, election management, election fraud detection, and voter integrity efforts, and any other individuals with knowledge or experience that the President determines to be of value to the Commission."

Of course, both political parties will be represented on the committee. I wonder whom he will choose. Their duties will be to "study the registration and voting processes used in Federal elections" and publish a report on their findings in 2018.

None of their decisions will be binding--just "advisory." What enhances voter confidence? What detracts from it? are two questions the experts will seek to answer, along with the real kicker: they will study "those vulnerabilities in voting systems and practices used for Federal elections that could lead to improper voter registrations and improper voting, including fraudulent voter registrations and fraudulent voting," Mr. Kobach's orb of expertise. The committee will work with appointed, elected, and career-level officials at all levels who are concerned with all aspects of voting, as well as election law experts. What about scholars who study the issues from other perspectives? Maybe ask Betsy DeVos.

The study will probably conclude just in time to influence the results of the midterm election. Then the committee dissolves in a month--poof! Not to worry. Mr. Trump has already begun his campaign for reelection in 2020. Nobody is following Bernie Sanders's tour of the country with Joe Biden. Not half as "press-sexy."

And so voting is a hot topic these days. One can trace its ascent into mainstream headlines from obscure placement on back pages and low paragraphs to Mr. Trump's paranoia, I mean honest interest in making elections ethical in every sense of the word, I mean alt-word.