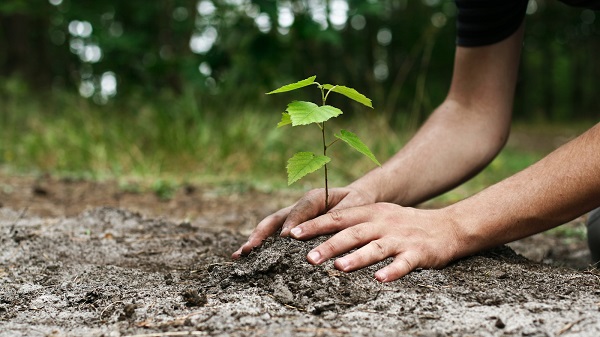 The Jewish National Fund, established more than 100 years ago, is perhaps the most venerable of the international Zionist organisations. Its recent honorary patrons have included prime ministers, and it advises UN forums on forestry and conservation issues.

It is also recognised as a charity in dozens of western states. Generations of Jewish families, and others, have contributed to its fundraising programmes, learning as children to drop saved pennies into its trademark blue boxes to help plant a tree.

And yet its work over many decades has been driven by one main goal: to evict Palestinians from their homeland.

The JNF is a thriving relic of Europe's colonial past, even if today it wears the garb of an environmental charity. As recent events show, ethnic cleansing is still what it excels at.

The organisation's mission began before the state of Israel was even born. Under British protection, the JNF bought up tracts of fertile land in what was then historic Palestine. It typically used force to dispossess Palestinian sharecroppers whose families had worked the land for centuries.

But the JNF's expulsion activities did not end in 1948, when Israel was established through a bloody war on the ruins of the Palestinians' homeland - an event Palestinians call the Nakba, or catastrophe.

Israel hurriedly demolished more than 500 cleansed Palestinian villages, and the JNF was entrusted with the job of preventing some 750,000 refugees from returning. It did so by planting forests over both the ruined homes, making it impossible to rebuild them, and village lands to stop them being farmed.

These plantations were how the JNF earned its international reputation. Its forestry operations were lauded for stopping soil erosion, reclaiming land and now tackling the climate crisis.

But even this expertise was undeserved. Environmentalists say the dark canopies of trees it has planted in arid regions such as the Negev, in Israel's south, absorb heat unlike the unforested, light-coloured soil. Short of water, the slow-growing trees capture little carbon. Native species of brush and animals, meanwhile, have been harmed.

These pine forests - the JNF has planted some 250 million trees - have also turned into a major fire hazard. Most years hundreds of fires break out after summer droughts exacerbated by climate change.

Early on, the vulnerability of the JNF's saplings was used as a pretext to outlaw the herding of native black goats. Recently the goats, which clear undergrowth, had to be reintroduced to prevent the fires. But the goats' slaughter had already served its purpose, forcing Bedouin Palestinians to abandon their pastoral way of life.

Despite surviving the Nakba, thousands of Bedouin in the Negev were covertly expelled to Egypt or the West Bank in Israel's early years.

It would be wrong, however, to imagine that the JNF's troubling role in these evictions was of only historical interest. The charity, Israel's largest private land owner, is actively expelling Palestinians to this day.

In recent weeks, solidarity activists have been desperately trying to prevent the eviction of a Palestinian family, the Sumarins, from their home in occupied East Jerusalem to make way for Jewish settlers.

Related Topic(s): Evictions; Expelled; Fundraising; Israel; Israeli Attacks In Gaza; Israeli Pressure On US; Israeli Racism; Israeli Settlements; Jerusalem; Palestinian; (more...) Palestinian State; Protest; Rights, Add Tags  (less...)
Add to My Group(s)
Go To Commenting
The views expressed herein are the sole responsibility of the author and do not necessarily reflect those of this website or its editors.