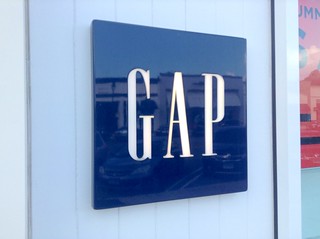 Gap
(Image by JeepersMedia)   Details   DMCA
This is appearing in newspapers in my conservative congressional district in Virginia.

Having spent a decade now trying to understand the sickness degrading America's politics, I watch for developments that can help illuminate what's gone wrong. Here's one specific situation that crystallizes the larger problem.

It concerns the refusal of the Republicans in the Senate to consider any Supreme Court nominee that the President could put forward. Such unprecedented senatorial conduct would be reason enough for concern for our political system. But there's another troubling piece of the picture.

According to a Washington Post report, the support from Republican activists for the Republican senators' unprecedented stand is more intense than the support from Democrats for insisting that the confirmation process be conducted in accordance with America's traditional norms.

This shows the two-sided nature of our political sickness.

Its takes both sides to create what the Post calls this "intensity gap"-- a gap that, regrettably, can be found, regrettably, on a variety of other issues besides this judicial stonewalling matter. (Which is why this instance crystallizes much of America's larger problem.)

This intensity gap is the product of both the passionate support of the right for tactics ripping apart the structures of good American governance and of the lethargy of the left in defending those structures.

In this way, the defects of both sides combine to allow the quest for raw power to displace the rule of law, and of established American norms, in our nation.

Part of the problem, of course, is on the conservative side.

Many who call themselves conservatives, for example, regard sabotaging the proper workings of our constitutional system as a form of patriotism.

Many in the Republican base also do not seem to care that each justification the Republican senators have offered for obstructing the normal process for filling a vacancy on the high Court has been exposed as hollow. It doesn't seem to both them that the reasons the Republicans give turn out to be mere pretense to cover a naked grasping for power.

Either they don't know, or don't care, about the damage such a pure power play inflicts upon the system our founders gave us for navigating our way forward together, peacefully, despite our differences.

But since nothing in our recent history suggests that this "conservative" segment of our body politic is open to correction by evidence or argument, I will focus instead on the defects of the liberal side-- its blindness and weakness.

Liberal America fails to see that the sacrifice of political norms in the pursuit of power -- for example, distorting "advise and consent" into an across-the-board "block any nominee" -- is a serious assault on the Constitution that our elected officials have sworn to protect and defend.

Liberals also seem unable to see how vital it is to protect that system -- for the well-being of the nation, and of those who come after us. For the lives of our children and grandchildren will be impacted by whether that system has been preserved in good order or shredded by a sequence of such assaults as the current tactics of the Senate Republicans.

If Liberal America cannot be spurred to match the fighting intensity of the right in order both to defend of our constitutional system and to gain their rightful power on our highest Court, what would be enough to rouse them?

Andy Schmookler, an award-winning author, political commentator, radio talk-show host, and teacher, was the Democratic nominee for Congress from Virginia's 6th District. His new book -- written to have an impact on the central political battle of our time -- is
Related Topic(s): Conservatives; Liberals; Supreme Court SCOTUS, Add Tags
Add to My Group(s)
Go To Commenting
The views expressed herein are the sole responsibility of the author and do not necessarily reflect those of this website or its editors.