The West Valley People's Alliance (WVPA) is a non-profit group without a budget. It is a locally organized group that is united in a desire to "fight for social, economic, worker, environmental, racial, education, healthcare & housing justice for the people of the West San Fernando Valley." By banding together, this group of volunteers hopes to lift their voices to bring meaningful change.

(Image by Kathleen Edwards)   Details   DMCA
Northridge West Neighborhood Council (NWNC) board member Kathleen Edwards is opposed to the objectives of the WVPA, particularly their effort to hold Los Angeles City Councilman John Lee accountable for the events that happened on a trip to Las Vegas with his former boss, convicted felon Mitch Englander. Instead of engaging the group with counter-arguments, she bullied them with groundless attacks in an attempt to silence the debate. This included a post on the Crimebusters of West Hills and Woodland Hills Facebook page that accused the WVPA of being a "George Soros funded, National Group" that is attempting "to unseat any official who does not align with their 'progressive,' national agenda (Councilman John Lee)". 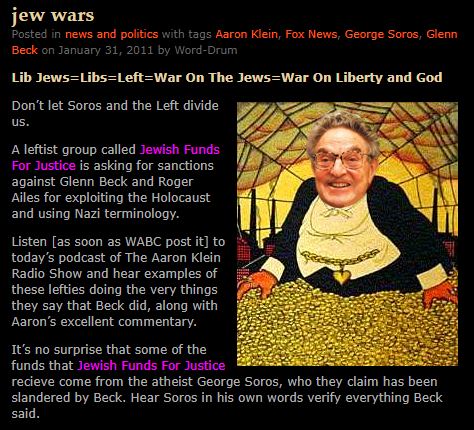 (Image by Word-Drum)   Details   DMCA
The inclusion of George Soros' name in this post is particularly concerning as it builds off right-wing conspiracy theories centered on the accusation that Soros, a Holocaust survivor, is "trying to undermine all of Western civilization." These are often centered on "well-worn antisemitic tropes such as control of the media or banks; references to undermining societies or destabilizing countries; or language that harkens back to the medieval blood libels and the characterization of Jews as evil, demonic, or agents of the antichrist." The promoters of these conspiracies cast Soros as "a Jewish individual" who is "a puppet master who manipulates national events for malign purposes".

(Image by Kathleen Edwards)   Details   DMCA
The invocation of Soros' name as a boogeyman was not an isolated incident for Edwards. In a Tweet dated July 27, 2020, she attacked an individual as being "Socialist George Soros funded." Unless Edwards has specific evidence that this individual is receiving money from Soros, then this is nothing more than a continuation of the conspiracy theory that Soros "is paying protestors to riot" and that "he is funding the chaos". According to the propagators of these theories, Soros' goal is to "destroy America so that globalists can take over." 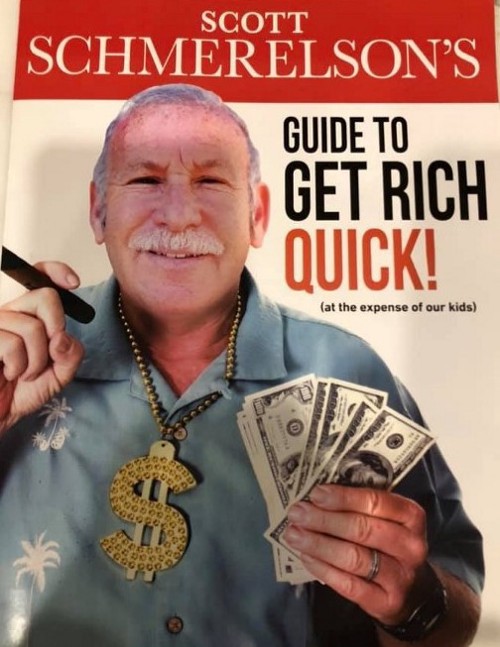 (Image by Families and Teachers United, sponsored by California Charter Schools Association Advocates)   Details   DMCA
Unfortunately, Edwards' use of antisemitism is not an isolated incident in San Fernando Valley politics. Last winter the California Charter School Association (CCSA) paid for flyers that were sent to primary voters in the LAUSD School Board race that manipulated Scott Schmerelson's picture so that he was holding a wad of cash and wore a dollar sign around his neck. These flyers attempted to portray Schmerelson, who is Jewish, as trying to "get rich" off the students of the district and included the lie that he had voted to give himself a pay raise. His opponent, Marilyn Koziatek, has denounced the flyers but has refused to say if she will denounce her endorsement by the CCSA. In fact, their endorsement is still listed on her campaign website. 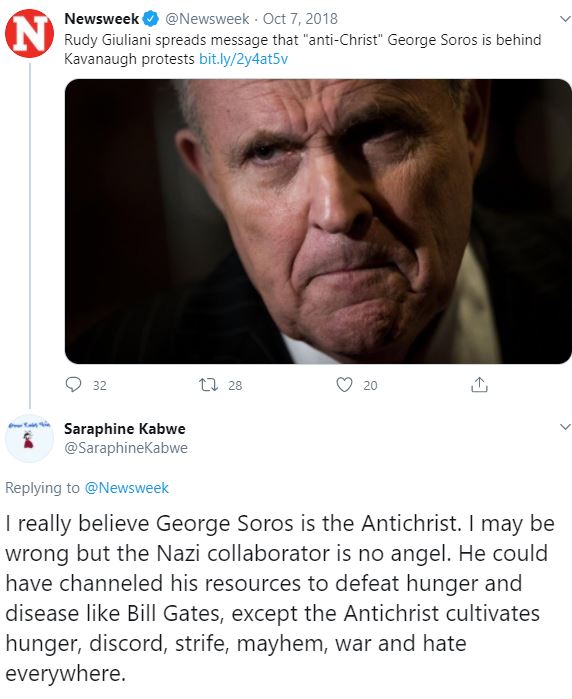 (Image by News Week/SaraphineKabwe)   Details   DMCA
The most concerning part about the use of these tropes is that they serve as "a gateway to antisemitism"; they take very dangerous ideas and normalize them. This opens the door to actions that have much more serious consequences.

Between 2018 and 2019, there was a 60% increase in antisemitic hate crimes in Los Angeles. This has put a community on edge in an area where just 21 years ago a white supremacist violently attacked a Jewish Community Center that housed a preschool. The hatred that spurred this attack should not be allowed to fester in our community. It is time to condemn all antisemitism, especially by those elected to represent their communities.