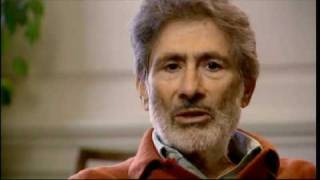 I traveled to Israel and the Occupied Territories in the early 2000s with the progressive group Faculty for Israeli-Palestinian Peace. We made an effort to gain insight into most of the players in the conflict, and so a series of interviews was arranged with members of the Israeli right wing. I remember that one of them was Caroline Glick, an ardent American-Israeli Zionist. She lectured us on the positive personal relationships allegedly prevalent between Israeli Jews and Palestinians.

It was an interesting and somewhat embarrassing experience. Glick and I are both American and both Jewish. Growing up, I had this understanding that American plus Jewish always meant being anti-racist. To be so was, in my mind, the prime lesson of modern Jewish history. What being anti-racist meant to Glick was unclear. She spent the better part of an hour giving us a defense of Israeli-Jewish treatment of Palestinians based on the classic "some of my best friends are Black" (read Palestinian) defense. In the words of the New York Times journalist John Eligon, this line of argument "has so often been relied on by those facing accusations of racism that it has become shorthand for weak denials of bigotry -- a punch line about the absence of thoughtfulness and rigor in our conversations about racism." And so it was with Glick, who explained that she, and many other Israeli Jews, had Palestinians who do small jobs for them and are treated well, and that this proves a lack of cultural and societal racism. It was such a vacuous argument that I remember feeling embarrassed for her.

Things haven't gotten much better when it comes to Ms. Glick's worldview. She is now a senior columnist at Israel Hayom (Israel Today, a pro-Netanyahu newspaper owned by the family of Sheldon Adelson) and contributor to such questionable U.S. outlets as Breitbart News. She also directs the Israeli Security Project at the David Horowitz Freedom Center. There can be little doubt that she continues to see the world through the distorting lens of a particularly hardline variant of Zionism.

Recently, Caroline Glick launched an attack on the legacy of the late American-Palestinian scholar and teacher Edward Said. Entitled "Edward Said, Prophet of Political Violence in America," it was recently (7 July 2020) published in the U.S. by Newsweek -- a news magazine with an increasingly pro-Zionist editorial stand. As it turns out, one cannot find a better example of how ideology can distort one's outlook to the point of absurdity. Below is an analysis of Glick's piece in a point-by-point fashion. Ultimately, the ideological basis for her argument will become clear.

1. Glick begins by resurrecting a 20-year-old event. "On July 3, 2000, an incident occurred along the Lebanese border with Israel that, at the time, seemed both bizarre and ... unimportant. That day, Columbia University professor Edward Said was photographed on the Hezbollah-controlled Lebanese side of the border with Israel, throwing a rock at an Israel Defense Forces watchtower 30 feet away." She goes on to describe this act as "Said's rock attack on Israel" and the "soldiers protecting their border."

We need some context to put all of this in perspective: Israel is an expansionist state, and the original Zionist aim (as presented to the Paris Peace Conference following World War I) was to incorporate parts of southern Lebanon into what is now Israel. Southern Lebanon also briefly became a staging area for Palestinian retaliatory attacks into Israel. Thus, Israel invaded Lebanon multiple times only to be forced to withdraw in the face of resistance led by Hezbollah, a strong Lebanese Shiite militia in control of much of southern Lebanon.

Said relates that during his 2000 visit to the Lebanese border with his family, he threw a pebble (not a "rock") at a deserted Israeli watchtower (no Israeli soldiers were "defending their border"). Said saw this as a symbolic act of defiance against Israeli occupation. Over the years stone throwing by Palestinian youth had become just such a symbolic act. And, it was from their example that Said might have taken his cue.

2. However, Glick wants to draw highly questionable consequences from Said's act. She tells us that "with the hindsight of 20 years, it was a seminal moment and a harbinger for the mob violence now taking place in many parts of America." By the way, the "mob violence" in America she is referring to is the mass protests against police brutality that followed the murder of George Floyd by Minneapolis police on 25 May 2020.

3. Now that sounds a bit odd. How does Glick manage this segue from Edward Said's symbolic stone toss in the year 2000 to nationwide inner-city rebellions against police brutality in 2020 America? Here is the contorted sequence she offers:

a. Said was a terrorist because he was an influential member of the alleged "terrorist organization," the Palestinian Liberation Organization (PLO). "Terrorist organization" is a standard Zionist descriptor of most Palestinian organizations. Actually, the PLO is the legally recognized representative of the Palestinian people and as such has carried on both an armed and a diplomatic struggle to liberate Palestine from Israeli Occupation. In 1993, the PLO recognized Israel's right to exist. This made little difference to the Zionist right-wing who, like Glick, continued to use the terrorist tag for propaganda purposes. It is to be noted that all liberation movements are considered to be "terrorist" by those they fight against. And, indeed both sides in such a struggle usually act in this fashion on occasion. Certainly, Israel is not innocent in this regard.

b. For Glick, Said's alleged terrorist connection transforms his "rock attack" into a terrorist act. This is simply an ad hominem assertion on Glick's part. There is no evidence that Said ever engaged in any act, including the tossing of stones, that can sanely be characterized as terrorism.

Related Topic(s): America; Edward Said; Israel; Jewish; Occupation; Orientalism; Palestinian; Professors, Add Tags
Add to My Group(s)
Go To Commenting
The views expressed herein are the sole responsibility of the author and do not necessarily reflect those of this website or its editors.