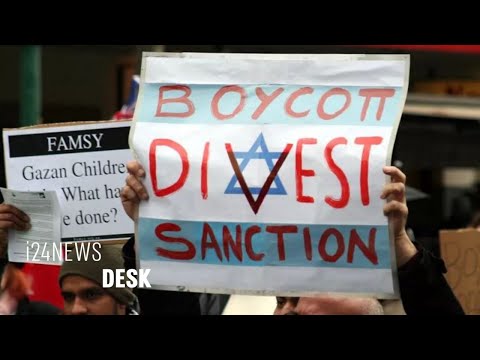 Anti-Semitism has been weaponized. That is, the Zionists, within and without Israel, are using the charge of anti-Semitism as a weapon to silence those who are critical of the Israeli state. In wielding this weapon, Zionist organizations and the media outlets they control or influence have released a flood of slander and libel. The charge of anti-Semitism is leveled at anyone who opposes Israel's inherently racist policies and is supportive of Palestinian human rights. And, where the Zionists have sufficient political influence, as is the case in so much of the United States, they are making every effort to encourage laws that make criticism of Israel illegal because, they claim, it is ipso facto anti-Semitic. In this way, the weaponization of anti-Semitism maliciously defames individuals, corrupts legal systems and also threatens any reasonable notion of free speech.

In cases where individuals and organizations are labeled anti-Semitic as part of a concerted campaign of defamation, one would hope that the libel laws would offer some protection and/or relief. And, as we will see, in some cases such as the United Kingdom and Australia, this has proven possible. However, in the United States this has not happened. To understand why requires a short history lesson on the evolution of free speech, as against the need to protect individuals, particularly "public persons" such as those running for office, from defamation.

American attitudes toward free speech, which form the foundation for much of the country's legal thinking when it comes to libel, slander and defamation, can be traced back to the writing of John Stuart Mill (1806-1873). Mill was an influential English Utilitarian philosopher and liberal thinker who supported the growth of democracy in the 19th century. He also considered what aspects of democracy would need the strongest defense. For instance, he supported a very broad interpretation of freedom of expression. He laid out his position in an 1859 book entitled On Liberty. Here he argued that allowing a broad interpretation of free speech was the best way of establishing what is true and what is not. "Even if an opinion is false, the truth can be better understood by [publicly] refuting the error." Mill had faith in the citizenry (or at least the educated middle class of his day) to recognize, through the process of debate, what is true when it came to public pronouncements. "If any argument is really wrong or harmful, the public will judge it as wrong or harmful." Thus, for Mill "the only purpose for which power can be rightfully exercised over any member of a civilized community, against his will, [in this case by suppressing his or her public speech] is to prevent harm to others." However, considering that defamation was subject to rebuttal, the citizenry would ultimately reject such falsehoods without state intervention.

Even though Mill's faith in an educated public's ability to know truth from falsehood has proven, at least as far as this author is concerned, quite naive. Mill's notion of erring on the side of government inaction when it comes to slanderous or libelous speech has had much influence in the United States.

In 1919 sitting as an Associate Justice of the U.S. Supreme Court, Oliver Wendell Holmes wrote a series of decisions that laid out the future standard for judging prosecutable speech: "The question in every case is whether the words used are used in such circumstances as to create a clear and present danger that they will bring about the substantive evils that Congress has a right to prevent." The example Holmes used for such an extreme case was that one's First Amendment right to free speech would not permit someone "yelling 'fire' in a crowded theater." The libel laws in the U.S. have followed this same path toward setting a high bar for any demonstration that free speech has been abused. Thus, in terms of defamation one now has to prove that the presentation in question is meant to defame (and is not just an opinion) and is put forth with "actual malice" [NYT v Sullivan 376 US 254 (1964)]. This is particularly the case for "public figures" bringing suit for defamation. Public figures in the United States seem to be in a special category of people who are expected to attract a certain amount of, apparently legally acceptable, slanderous and libelous abuse.

The fact is that, in the U.S., libel is so difficult to demonstrate in both federal and most state courts that such suits are only rarely attempted. It is clear that in this case protecting an idealized principle of free speech has taken precedent over protecting the reputations and pubic standing of individuals.

As it has turned out, this situation has given American Zionists a wide field to use the weaponized charge of anti-Semitism with near impunity. A good example of this has been the smear campaign waged against the Democratic Party's presidential hopeful Bernie Sanders, who is himself Jewish. Called an anti-Semite over and again, Sanders has relied on the American progressive community to defend him. There is no indication that either Sanders or his legal advisers have considered suing his defamers for libel.

The misbalance between freedom of speech on the one hand and recourse to legal protection against slander and libel on the other is greatest in the United States, and in this case, public figures appear most at risk. In England and some of the Commonwealth countries such as Australia, a somewhat greater balance exists, opening up the possibility of legally defending oneself against defamation.

Anecdotally, a key historical root in the evolution of this more balanced standard for Britain's "defamation law" is the 17th century -- decision to outlaw dueling -- transforming an often deadly engagement into a supervised courtroom debate. As of today, "English law allows actions for libel ... for any published [untrue] statements which are alleged to defame a named or identifiable individual(s) [including businesses] in a manner which causes them loss in their trade or profession, or causes a reasonable person to think worse of him, her or them." There are exceptions to and defenses against this standard, but it certainly opens up a more reasonable opportunity for defending oneself against defamation than exists in the United States.

The same can be said for a Commonwealth country such as Australia. Here, the primary purpose of the law against defamation is to protect citizens from false statements about them that "may cause harm to their personal or professional reputation."

Let's take a look at a few recent examples of successful challenges to libelous defamation issuing from Zionist sources.

Related Topic(s): Anti-semitic; Criticism; Free Speech; Freedom Of Speech; Israel; Pro-israel; Zionists, Add Tags
Add to My Group(s)
Go To Commenting
The views expressed herein are the sole responsibility of the author and do not necessarily reflect those of this website or its editors.