Athletic "facilities aren't just important for athletes, but they're important for all students. It is really about offering wellness and the opportunity for physical activity regardless of what folks' bodies look like or how they perform on standardized fitness exams." - LAUSD Board President Kelly Gonez

While public school districts like the LAUSD struggle to find the funds to buy computers and other supplies needed by students, the Girls Athletic Leadership (charter) School (GALS) has the money to hire high-priced lobbyists. As a result, their plans to build a new facility in Van Nuys sailed easily through the Los Angeles City Council despite concerns over traffic safety and initial complaints from its new neighbors.

GALS also has room in its budget to pay for an expensive public-relations firm that made sure that the press covered the school's success in pushing through their plans. Unfortunately, the resulting news coverage was nothing more than fluff pieces that promoted the school without bothering to look any deeper than its press releases.

At a meeting last week, the LAUSD School Board considered a resolution that highlighted the importance of athletic facilities in promoting wellness and improving student outcomes. This provided an opportunity for me to address these elected representatives and introduce them to some of the shortcomings of a charter school that they have authorized; my submission is below:

According to the proposed resolution on the Upgrade and Development of High School Athletic Facilities:

First, as a musician, I would be doing the 16-year-old version of myself a disservice if I did not point out that "music" could be substituted for "sports" in any of these statements. My time on the football field in high school was spent in a marching-band uniform and music classes are what kept this underachieving student engaged in school the way sports does for others. While this resolution is an important step forward, I hope that it will be followed by others that support the arts.

This resolution also presents an opportunity to highlight a charter school operating within the LAUSD that is in need of some serious oversight by the district. As a school that is supposed to be focused on athletics, The Girls Athletic Leadership School (GALS) should be well-positioned to focus on fitness and physical wellness, which Garcia and Ortiz-Franklin say "are more important now then [SIC] they were prior to the COVID-19 pandemic." But just how well is this school living up to its promise to close "the participation gap for low-income female students of color by removing the various barriers to access to participate joyfully in sports and fitness"?

According to data provided by the school itself, only 31% of its seventh-grade students were in the "Healthy Fitness Zone" in the category of "Aerobic Capacity" on the California Physical Fitness Test. In the state of California, 55% of students were in this zone. The LAUSD had 42% of its students in this zone. The results for "Body Composition" were slightly better, but still below the results for both state and district students.

Remember GALS is supposed to be focused on athletics. It is even part of its name!

The plans for the first floor as submitted to the City of Los Angeles Planning Department. The entire structure will be made of recycled shipping containers.
(Image by Girls Athletic Leadership Charter School)   Details   DMCA
Future students at this publicly funded private school will lack the facilities needed to improve these poor scores. As approved by the City of Los Angeles over the objections of many of its future neighbors, the charter school will soon begin building a facility made out of discarded shipping containers. As indicated in the plans, this building will not include a gymnasium.

Also missing from the site plan are basketball courts, handball courts, or tennis courts. There is no softball or baseball field or any place to play these sports.

GALS' plans for their new campus do include what is labeled as an "athletic field." At 4,506 square feet, this is less than 10% of the size of a football field. A junior high school soccer field would be 49,500 square feet.

(Image by Girls Athletic Leadership Charter School)   Details   DMCA
A standard outdoor running track is approximately 1,312 feet in length and not less than six lanes in width. The track envisioned for GALS is in a space that is only 118.5 feet long. There is only room for four lanes.

As the authorizer of this charter school, the LAUSD has the responsibility of ensuring that GALS complies with the program specified in its charter. The administration of this school says that students who complete their program will be more prepared to compete in sports at the high school level but is building a facility that is not equipped to fulfill this mission. Who at the district is going to hold them accountable? 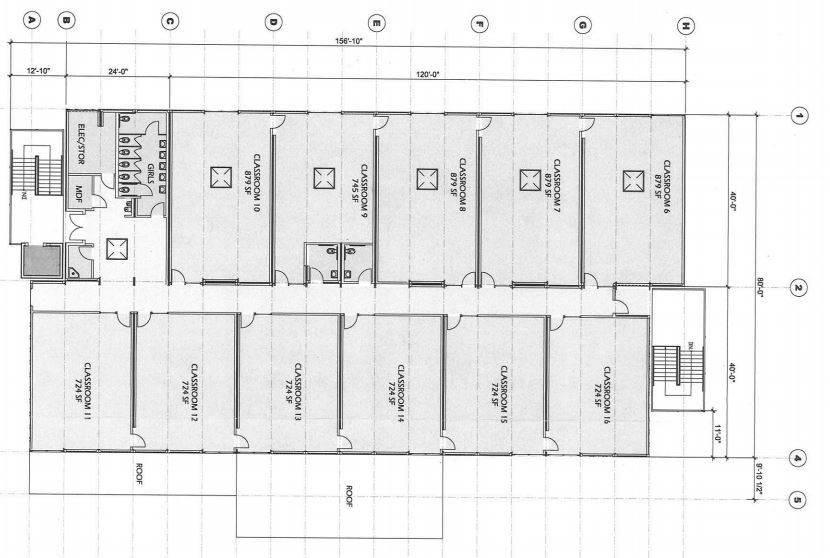 (Image by Girls Athletic Leadership Charter School)   Details   DMCA
The majority of this board was elected with funding from the California Charter School Association (CCSA) on a platform of providing "choice" to parents about how their children will be educated. True choice requires parents to be fully informed and for charter schools to deliver what they are promising. This is not happening at GALS.