The essence of the current unrest in India over Citizenship Amendment Act 2019, is this: most Indians would identify themselves as belonging to the all-embracing culture of India rather than to any particular religion, but are now being tagged of their identification on the basis of religion. The founding fathers of the Indian nation did not differentiate people on the basis of religion and hence India was bequeathed with a Constitution that reflected this broad vision.

The Constitution of India is unique in the sense that it allows both secular (not connected to religious matters) and spiritual (unity of all religions) outlooks to co-exist. The culture of India accommodates all kinds of beliefs including theism and atheism. 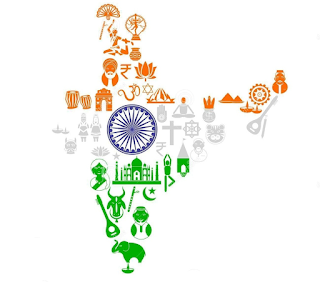 The CAA subtly discriminates people on the basis of religion, at a time when the mindset of most people has transcended religion, and is either secular or spiritual. When India is well on the path of becoming a model for other nations to follow, we find that we are into something that is quite the opposite.

"Where the mind is without fear
and the head is held high,
where knowledge is free.
Where the world has not been broken up into fragments by narrow domestic walls.
Where words come out from the depth of truth,
where tireless striving stretches its arms toward perfection.
Where the clear stream of reason has not lost its way
into the dreary desert sand of dead habit.
Where the mind is led forward by thee
into ever widening thought and action.
In to that heaven of freedom, my Father,
Let my country awake!"

The above words of Rabindranath Tagore in his Gitanjali, sums up the aspiration of India and contrasts with the situation that India now finds itself in. The Preamble to the Constitution of India mentions about equality of status for all its citizens and promotion of fraternity among all of them. The CAA, by its discrimination on the basis of religion, undermines the solemn resolve of the Constitution in a most subtle manner.

Prime Minister Mr. Narendra Modi's material goal of India reaching a five trillion-dollar economy in the next five years will be meaningful only if India is united and all of its people have a feeling of marching towards a higher purpose in life. A divided society with contracted minds will only take the nation into a downward spiral of class conflicts and mundane existence. Having a vision on the size of the economy without regard to what is happening to the life of its people would be like putting the cart before the horse.

It is still possible to display statesmanship by enlarging the provisions of the act to enable all persecuted people in neighboring countries, regardless of religious affiliation, to become citizens of India provided they fulfill certain criteria. India should continue to set an example to its neighboring countries and the world by its broad mindedness in thought, word and deed.