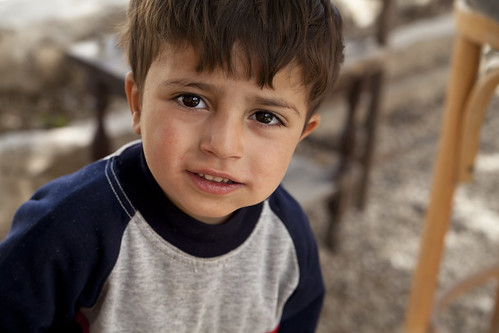 "The Syrian War had " much to do with clandestine actions of CIA, MI-6, Mossad, Turkish MIT, French DGSE, Saudi GID and others."

"This disastrous war would never have occurred without American planning and execution. And it would have ended years and hundreds of thousands of casualties ago had we closed our training and logistics bases in Jordan, Turkey, Saudi Arabia and Qatar."

"There is strong evidence that the U.S. planned to overthrow Syria in 2001; the U.S. Embassy in Damascus issued a detailed strategy to destabilize Syria in 2006long before the so-called "Arab Spring;" and that our focus has consistently been on toppling the duly elected, constitutional and UN-recognized government of Syria."

"It's sickening to hear these clowns repeatedly claim that "Assad murdered 500,000 of his people," as though the U.S.-backed terrorists have played no role in the killings."

I've viewed hundreds of beheadings and crucifixions online "all were proudly posted by the hellish filth that we've recruited, armed and trained for the past eight years. Major war crimes, like beheading 250 Syrian soldiers" During a five-hour drive across liberated Syria this September, I spoke with many people, from desert shepherds, to nuns and Muslim religious. There were palpable expressions of joy that the Syrian armed forces had liberated them from the terrorists. That was coupled with broad-based, unequivocal support for President Bashar al Assad and the Syrian Armed Forces."

The above sentences are excerpted from the writing of Senator Dick Black, Virginia State Senate, 13th District originally published by consortiumnews.com, 1/3/2019 and republished