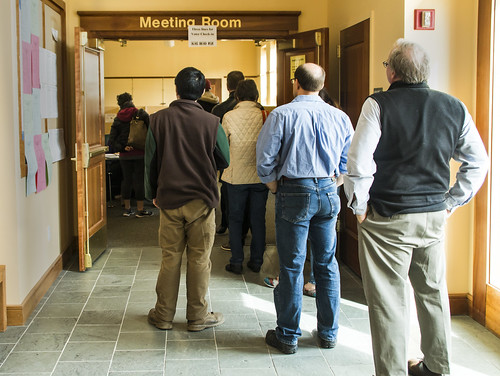 Good decision-making requires solid evidence before choosing, especially in a presidential election. Before casting my own vote and ignoring all the media hype and grandiose rhetoric, I sought hard evidence about the two candidates as well as the party platforms. Here are facts gleaned from my research from nearly 100 reliable sources.

CoViD-19 Handling of CoViD-19 is an important consideration for voters. Candidate Biden and the Democrat platform both address this matter. On the Republican side, we can see what the president has done. Both Trump as well as Biden statements about CoViD-19 are in concert with their radically different political philosophies. Trump seeks to limit the role of federal government, recognizing that legal authority for public health resides in the states, not Washington. Only when there is a disaster declaration, such as with Hurricane Katrina, can and should the federal government provide federal assistance to states. Biden believes that the federal government has all the answers from healthcare to social injustice. For CoViD-19, Biden would impose quasi-martial law: "I would call out the military" (March 3, 2020). Both Trump and Biden have changed their position on CoViD-19 in public statements and actions. Partly this is politically motivated but largely, it is due to medical officials changing their opinions. Biden first called Trump xenophobic" for banning travel from China and "fear-mongering" only later to accuse Trump of "dereliction of duty" for understating the crisis. Interestingly, Biden's plan for CoViD-19 response has many similarities to what Trump in fact did. On March 23, Biden called for Trump to invoke the Defense Production Act (DPA) to ramp up manufacture of ventilators. The same day Trump said he was considering the DPA but wasn't sure it was necessary. On March 27, 2020, he activated it. As it turned out, the federal assistance was not necessary. On April 3, 2020, Biden said, "Trump is refusing to give care to the uninsured" because Trump did not re-open enrollment through ACA exchanges so the uninsured could get insurance. On the same day, Trump announced, "... hospitals and healthcare providers treating uninsured coronavirus patients will be reimbursed by the federal government using funds from the economic relief package." Biden admonished Trump saying Washington should provide PPE and free testing to all Americans. Trump demurred with, "We're a backup [to the states]. We're not an ordering clerk." Candidates

To assess the trust factor, following are lists of promises made by each candidate and which ones were kept. Trump is first.

· Withdraw from Paris Climate Accord and Iran Nuclear deal - delivered

· Mexico would pay for U.S. border wall - not delivered