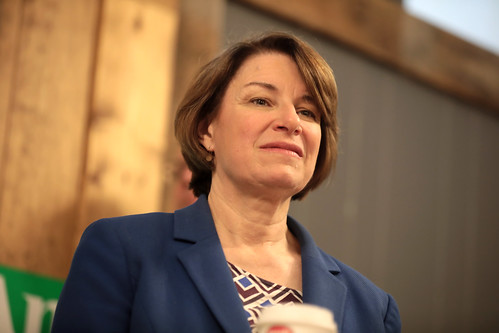 A year ago, the Washington Post published a thorough news article under a clear headline: "As a Prosecutor in Heavily White Minnesota, Amy Klobuchar Declined to Go After Police Involved in Fatal Encounters with Black Men." Her refusal to seek justice after Burns died was part of a pattern.

With Klobuchar now on Joe Biden's short list for vice president, the gruesome killing of Floyd has refocused attention on Klobuchar's history of racial injustice. In sharp contrast to her prosecutorial approach two decades ago, she has issued a statement calling for "a complete and thorough outside investigation" into Floyd's death and declaring that "those involved in this incident must be held accountable."

During the first years of this century, with a bright political future ahead of her, Klobuchar refused to hold police officers accountable. And her failure to prosecute police who killed black men was matched by racially slanted eagerness to prosecute black men on the basis of highly dubious evidence.

While Klobuchar has occasionally been subjected to media scrutiny of her record as a prosecutor in Minnesota, she has routinely enjoyed favorable coverage, often sliding into outright puffery. In short, much of the media establishment adores Klobuchar and her corporate centrist politics.

When Amy Klobuchar was running for president, corporate media served as her biggest political base. News coverage and punditry often supplied praise, while rarely bothering to delve into her 12-year record in the Senate. Klobuchar's image as a "moderate" was endearing enough to many powerful media outlets.

When the time came for endorsements from newspapers early this year, Klobuchar scored with big publications like the San Francisco Chronicle, Seattle Times, Minneapolis Star Tribune and Houston Chronicle. Notably, the New York Times co-endorsed her (along with Elizabeth Warren). In fact, no candidate did better than Klobuchar with daily paper endorsements during the presidential primary season.

Unfortunately for Klobuchar, media elites don't cast many votes in Democratic primaries and caucuses. Her drumbeat about being a fellow Midwesterner fell flat in Iowa, where she finished fifth in the caucuses with 12 percent. Days later, corporate media went gaga over one-liners she delivered in a debate just before the primary in New Hampshire, where she came in third with almost 20 percent of the vote. But Klobuchar went on to receive only 4 percent in the Nevada caucuses and then 3 percent in the South Carolina primary. Two days later, she withdrew from the race. 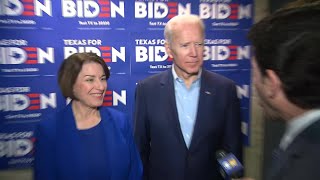 Since then, Klobuchar has risen to the top tier of Biden's possible VP picks. Her selection would likely be disastrous.

As I told The Hill newspaper recently, "Someone like Klobuchar is anathema to broadening the ticket. If Biden is serious about unity, then he's got to pitch a tent big enough to include progressives."

Klobuchar's political record, when it comes to light, simply can't stand up to scrutiny. While mainstream media rarely seem interested in her Senate record, it has been no less contemptuous of equal protection under the law than her career as a prosecutor.

When the progressive advocacy group Demand Justice issued a "Report Card" about the confirmation votes of Senate Democrats on President Trump's right-wing federal judge appointees, it explained that the report graded "willingness to fight Trump's judges." Elizabeth Warren received an "A," Bernie Sanders an "A-" and Kamala Harris a "B+."

Amy Klobuchar got an "F."

Related Topic(s): Klobuchar-Amy; Police; Police Brutality; Racism, Add Tags
Add to My Group(s)
Go To Commenting
The views expressed herein are the sole responsibility of the author and do not necessarily reflect those of this website or its editors.