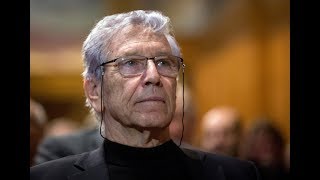 On 29 December 2018 the New York Times (NYT) reported the death of the charismatic Israeli writer Amos Oz. Born in Jerusalem in 1939, Oz was altogether Israeli. That is, he did not come to Palestine from somewhere else. Only nine years old when Israel came into being, Oz knew no other nationality.

Nor did he really know his Palestinian neighbors. His view of them was typical of the Western view of his time -- that their political and social potential did not go beyond what could be found in the stereotypical "Arab state." That stereotype had only negative connotations for Oz, and this was the reason he denied the possibility of a one-state solution wherein Palestinians and Israeli Jews lived together in relative harmony. He claimed that "there could never be a bi-national state but only an Arab state with a Jewish minority -- and he, Amos Oz, did not want to live in an "Arab state." That meant he could never believe in, or struggle for, a truly democratic multi-ethnic and multi-religious Israel. His was a dualistic world -- the two-state solution was Oz's solution.

It is important to understand that his support for two states made Oz a "moderate" among Zionists and consigned him to the political margins of Israeli politics. Mainstream Israeli politics could not abide his assertion that a real peace required that the Palestinians have their own separate "Arab state" in the West Bank and Gaza, alongside Zionist Israel. Likewise, the support for a two-state solution automatically set him against the maximalist formula -- a Zionist state from the Mediterranean to the Jordan River -- propounded by a hard-line conservative element of the Zionist movement. The position of this element has become the political standard for an increasing number of Israeli Jewish citizens.

Oz's opposition to the maximalist Zionist position made him ipso facto a serious opponent of the Israeli occupation. The occupation, insatiably expansive as it has proven to be, was the death knell of the two-state dream, and Oz despised the Israeli politicians who refused to make the necessary compromises for such a peace. He thought of them as "cowards" and they thought of him as a "traitor."

Oz "felt himself a man possessed of moral clarity but denigrated for it in a country that could not make the difficult decisions he felt necessary." Nonetheless, he remained a patriot. He confessed, "I love Israel even when I can not stand it."

The NYT piece also tells us that Amos Oz's ambition was to define, or more accurately, redefine, the Israeli character. The effort was an expression of his idealism which, despite all evidence to the contrary, told him that the present state of Zionist Israel could be reversed and humanized -- made more benign through an underpinning of what he called "humanistic Jewish culture." This was perhaps a politicized version of the pre-1948 phenomenon of apolitical cultural Zionism. This optimistic yet naive outlook made the Haaretz editorial writer Gideon Levy refer to Amos Oz as "the last moral Zionist."

The vehicle for this transformation was his idealized two-state solution. His dedication to it essentially blinded him to the real nature of his nation's character -- one of longstanding imperialism combined with racism. In contrast, someone like Benjamin Netanyahu grasped this aspect of Israeli consciousness almost instinctively. Oz's rejection of these character flaws increasingly separated him from the most of his fellow Israeli Jews. Thus, to the extent that Oz was an "insistent advocate for peace with the Palestinians," the number of Israelis listening to him had dwindled. The fact of this marginalization caused his emotionally driven relationship with his country to vacillate between hope and despair.

In his literary work Oz sometimes suggested there is a conflict embedded in the nationalist consciousness about what Zionism really stands for. Well, once again, there is no doubt a conflict in the minds of Israelis such as Oz. But it is a conflict that has set them apart from their fellow Zionists. For the majority the need for discriminatory laws and racist practices is clear enough. That is what an exclusive ethnic/religious state requires. In practice it has produced an Israel now approaching apartheid status. American readers of this essay can think of it this way: today's Israel has a lot in common with the U.S. state of Alabama, circa 1930. That is why contemporary white supremacists in the United States such as Robert Spencer claim an affinity with Israel and Zionist ideological goals.

Did Amos Oz understand that this was Zionism's inevitable outcome? If he did, he tried hard to rationalize that awareness away.

In truth, there is every reason to believe that the two-state solution Oz supported would result in the same sort of racist Israel we see today, just in a smaller territory. What then would Oz have done? Well, if a Jewish majority could have been guaranteed in, say an Israel confined to land west of the Green Line, he would no doubt have felt secure enough to advocate for human and civil rights for all its citizens. In the end, however, that advocacy would have most likely led him onto the margins of that smaller hypothetical Israel, just as his demand for two separate states has done in the contemporary larger one.

Related Topic(s): Amos Oz; Israel; Israeli Intransigence; Peace; Politics; Realist; Zionists, Add Tags
Add to My Group(s)
Go To Commenting
The views expressed herein are the sole responsibility of the author and do not necessarily reflect those of this website or its editors.