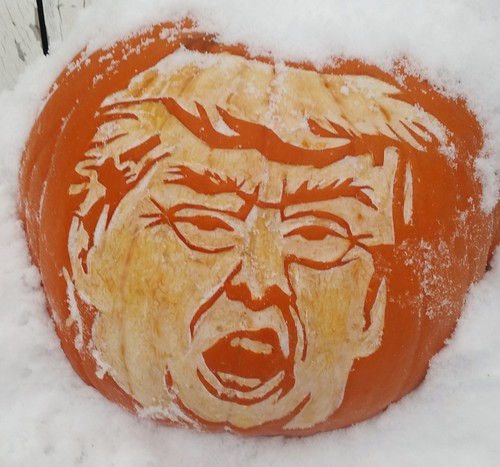 Donald Trump's rally in Elkhart, Indiana Thursday night was the latest in a series of campaign-style events where he is testing out a political appeal of a fascistic character. It follows similar events over the past two months, all in the industrial Midwest: a rally in Moon Township in the Pittsburgh suburbs on March 10; a rally in Washington Township, Michigan, in the Macomb County suburbs of Detroit, on April 28; and a fundraising appearance in suburban Cleveland on May 5.

While these events are linked to key Senate midterm contests on November 6 -- or in the case of the Pittsburgh rally, a special congressional election in southwest Pennsylvania -- and Trump has embraced Republican candidates for state and federal office, the purpose of these rallies goes beyond electoral calculations.

Amid a ferocious conflict within the US ruling elite, with his political opponents in the military-intelligence apparatus and the Democratic Party seeking to demolish his administration with a series of criminal investigations and media leaks, Trump has turned to rallying his base of support on an increasingly open far-right basis.

The authoritarian thrust of Trump's campaign found its most ominous expression in Elkhart in his seemingly offhand suggestion that he might receive "an extension for the presidency," in other words, remain in power longer than the two-term limit prescribed by the Twenty-Second Amendment to the US Constitution.

The content of his appeal to working-class and lower-middle-class people in his audience has been the same in all the rallies: extreme American chauvinism, expressed in references to respect for the flag, the pledge of allegiance and other patriotic claptrap, and, above all, in economic nationalism.

He went on, "We racked up trillions of dollars in trade deficits, also known as losses, while other countries stole our factories, our plants, our wealth and our jobs. But America's long silence is over."

He combined demonization of foreign countries as economic thieves with vilification of immigrants, reiterating his call for a border wall with Mexico and warning workers that "open borders" represented the main threat to their jobs and living standards. Over the past week, his administration has escalated its attacks on immigrants, laying down a policy of forcible separation of parents and children for all families caught crossing the border illegally.

The corollary to the administration's "America First" nationalism is the escalation of war, currently targeting Iran. The ripping up of the Iranian nuclear accord earlier this week has been followed by an aggressive bombing campaign by Israel, coordinated with the US, against Iranian targets in Syria. A full-scale war in the Middle East, pitting Israel against Iran and dragging in the entire region, is an imminent danger.

Trump makes his lying and demagogic appeals with the understanding that the nominal opposition, the Democratic Party, is itself deeply unpopular and has no program capable of attracting a broader base of support. On trade, the Democrats are enthusiastically in support of protectionist measures. On immigration, while tut-tutting over Trump's bigoted language, the Democrats have done nothing to defend immigrants' rights, and they bear with them the legacy of the Obama administration, responsible for more deportations than all previous administrations combined.

Typical of the Democrats is Senator Joe Donnelly of Indiana, Trump's main target at the Elkhart rally, where he boosted Republican challenger Mike Braun in the November election. Donnelly issued a series of statements emphasizing his general agreement with Trump. His campaign noted that he had voted with Trump 62 percent of the time in the Senate, because Donnelly "works for Hoosiers, not any politician or political party."

The Democrats support the basic policy of the Trump administration -- war abroad and social reaction at home. Their opposition is centered on the Russia investigation, originally initiated to claim that Trump's election in 2016 was the result of a Russian dirty tricks operation. This campaign has become the launching pad for an effort to promote US military intervention in Syria.

Alongside channeling the demands of powerful sections of the intelligence apparatus and the military, the Democrats offer the incessant promotion of the #MeToo sex witch hunt and identity politics, aimed at mobilizing support among privileged layers of the upper-middle class.

The Democrats are terrified of the growth of working-class opposition, which has surfaced in the statewide strikes by teachers in West Virginia, Oklahoma and Arizona, and the rising tide of strike activity more generally. Working with the unions, they have sought to suppress and demobilize opposition, while using the anti-Russia campaign to demand far-reaching measures to censor the Internet and block its use as a means for workers to organize.

Patrick Martin writes for the World Socialist Website (wsws.org), a forum for socialist ideas & analysis & published by the International Committee of the Fourth International (ICFI).
Related Topic(s): Fascism; Jobs; Political Style; Trump Broken Promises; Trump Ego; Trump Hypocrisy, Add Tags
Add to My Group(s)
Go To Commenting
The views expressed herein are the sole responsibility of the author and do not necessarily reflect those of this website or its editors.