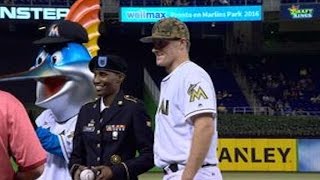 Maybe it's a reoccurring nightmarish observation seeing this mindset of "official" Washington, the deep state behind it, all 17 intelligence agencies, Congress, the Pentagon and the corporate MSM seeming to operate in some parallel "exceptional" universe separate from the rest of the world's thinking under the Illusion of its own "exceptionalism" particularly as it concerns its "enemy" adversaries Russia, China, Iran and North Korea-although it could include any country that resists US hegemony Bolivia, Venezuela, Syria, Cuba et al.

NATO, a US inspired and dominated cold war invention after WWII against an imagined Soviet takeover of western Europe, has advanced eastward to the borders of Russia in contravention to the agreement between Soviet Premier Mikhail Gorbachev and the Bush Sr. administration in 1989 that NATO would not move "one inch closer eastward" if the two Germany's were permitted to reunify as one country.

Yet after the Soviet Union ceased to exist in 1991, president's Bill Clinton, Bush Jr. and Barack Obama proceeded to break the '89 agreement with the USSR accepting all the former Soviet Warsaw Pact countries Poland, Romania, Bulgaria, Hungary, the Czech Republic, Slovakia, the Baltic countries of Lithuania, Latvia and Estonia, plus Greece, Turkey and Austria as well as the united Germany while also considering the former Soviet republics of Georgia and Ukraine as future NATO members.

NATO conducts war games in Poland, the Baltic countries within miles of the Russian border, has warships in the Black Sea and Baltic Sea off the Russian enclave Kaliningrad, has moved anti ballistic missiles into Romania and Poland stating they are defensive missiles against some non-existent Iranian threat when in fact they are provocations against Russia and could easily be re-programmed to become offensive missiles directed at Russia.

Yet the US and its NATO allies-using government pronouncements and the media-accuse Russia of preparing to invade the Baltic countries when Russia conducts its normal regularly scheduled military maneuvers on its own soil while Russian President Vladimir Putin states unequivocally Russia has no intention to invade any country in particular any NATO country knowing an attack on any NATO country would require other members to come to the aid of the invaded country.

Thus Russia invading a NATO country is an absurd notion contrived by the US and its puppets in Europe as an imminent possibility.

The US and European allies continue to accuse Russia of invading and usurping Crimea-home to the Russian Black Sea Fleet stationed in Sevastopol- after the overthrow of legitimately elected President Viktor Yanukovych in Kiev, Ukraine in February, 2014. In reality his overthrow was a US inspired coup and the people in Crimea having witnessed it and not wanting to fall under the post coup regime called for a referendum and voted to join the Russian Federation which was accepted by Russia.

There was no Russian invasion of Crimea. As noted members of the Black Sea Fleet were already stationed there as part of a long term lease with the Ukrainian government. During the referendum vote they acted to preserve the peace in Crimea without firing a shot allowing its referendum to proceed.

As for China it is accused of building artificial, militarized islands in the South China Sea thus interfering with transnational shipping requiring a US Navy presence to protect "freedom of navigation".

Yet China has never prevented freedom of navigation in the South China Sea. The US military presence there is clearly a provocation against China, a reprise of the old "gunboat diplomacy" attempting US hegemony over China.

US naval carrier groups sail in the Persian Gulf directly off the coast of Iran. It's clearly a provocation against Iran yet portrayed by the US as keeping the waterway clear for the shipment of oil.

Then there's the on again, off again US provocations toward North Korea with President Trump threatening to send an "armada" toward the Korean Peninsula if its leader Kim un Jong doesn't suspend his ballistic missile testing and forgoes its nuclear arms development.

Yet the reality is North Korea developed its nuclear arsenal primarily to protect itself against a potential US aggression after the ladder invaded Iraq in 2003 using the pretext Iraq's Saddam Hussein had WMD.

Retired. The author of "DECEIT AND EXCESS IN AMERICA, HOW THE MONEYED INTERESTS HAVE STOLEN AMERICA AND HOW WE CAN GET IT BACK", Authorhouse, 2009
Related Topic(s): American Culture; American Exceptionalism; American Hypocrisy; Escape; Hegemony; Provocation; Reality; Wars, Add Tags
Add to My Group(s)
Go To Commenting
The views expressed herein are the sole responsibility of the author and do not necessarily reflect those of this website or its editors.