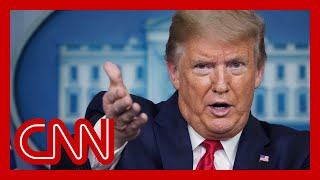 Before this pandemic has finally run its course, before all of the bodies have been buried or burnt to charred cinders in crematoria by grim-faced men in Hazmat garb, before the shards of whatever is left on the floors of those anonymous ICU units dotting the American landscape have been swept up and furtively discarded-- a fragment of forgotten clothing here, a piece of deliriously and hastily initialed medical paperwork there-- someone really ought to give conservative writer David Frum his due.

For a dyed-in-the wool "neoconservative" who -- at least initially -- earnestly supported the failed, disastrous war in Iraq, it must provide a shattering degree of finality to witness one's political party descend into an abyss of wholesale, total moral decrepitude. It must be excruciatingly painful to see the damage now being inflicted by a political philosophy whose endgame is now revealed as nothing less than a total and abject surrender to amoral, virulent nihilism: a murderous, Hobbesian ethos that now, very publicly, very plainly -- even proudly -- views human lives as so much expendable flotsam in the furtherance of its political aspirations.

But Frum, more than others, has gotten it right not just once, but several times during the presidency of Donald Trump's foul tenure as leader of -- what used to be -- the most promising nation that humanity had produced. Only two weeks ago, writing for The Atlantic, Frum dispensed with any flailing arguments that the horrific crisis America is currently suffering through was anyone's fault other than that of the man who Republican voters in 2016 foolishly placed in charge. Of course this was Trump's fault, he declared. Who else's fault could it be?

And once that fault was established -- in the minds of the majority of Americans if not the poor ignorant souls wedded to Fox News' deadly propaganda -- what followed, as Frum now observes, was the inevitably fiendish and repugnant attempt by the man at fault to escape blame for the disaster that is now unfolding before our eyes.

So, here we are. Frum, no slouch in his knowledge of history, recalls how the leaders of the old Soviet Union reacted to the Chernobyl disaster as it dawned upon them that they could not contain the damage. They had two choices -- they could admit their incompetence, and risk humiliation by seeking assistance from outsiders -- or they could turn inward, accept the risk of cannibalizing their own people in furtherance of their political agenda. They chose the latter, determining that "To save itself, the regime will sacrifice its people."

That is exactly what Trump is doing here. And the Republican Party has seen fit to go along with it, the lives of Americans be damned. To achieve this, as Frum notes, the administration has settled on two plans, a Plan "A" and a Plan "B,"' that mutually reinforce each other. The first plan, as Frum describes it, is to sacrifice American lives at the altar of Trump's continued political existence, by forcing a "re-opening" of the economy before the disease wrought by the COVID-19 pandemic has even begun to run its course.

"By reopening some aspects of the U.S. economy in the next few weeks, Trump hopes to goose the stock market and restore jobs. It's plainly impossible to return to full employment by November 2020, but Trump can hope that the trajectory of the economy will matter more than the economy's absolute level."

Some may argue that Trump in and of himself cannot "re-open" the economy. But, as Frum notes, Trump has the power, and the motivation, to force Americans back to work -- simply by the existence of his veto pen and the willing assistance of his collaborators and sycophants in GOP-controlled statehouses. Should Congress persist in thwarting his goals by continually passing emergency legislation to aid Americans in distress, Frum points out that Trump can simply withhold his signature to such efforts. With a Republican Senate in his thrall, duped in the same way that we now see Republican governors obstinately refusing to issue orders to lock-down their own states, he can reasonably count on enough votes to block any attempt to override his will. He can also pressure GOP governors to assist him in securing the "reopening" of their states on condition of receiving such aid.

And although Frum doesn't mention this, even without withholding his support for whatever relief Congress passes legislatively, Trump's control of the federal administrative apparatus can effectively slow the distribution of aid, or redirect it to inflict the maximum amount of pain and distress to those whose approach he deems counterproductive to his reelection chances. We are already seeing a form of this in the skewed distribution of PPP loans and stimulus relief checks.

Of course, the moneyed "white collar" class will protest, and declare this plan, for themselves at least, as null and void. But it is not the white collar workers who will feel the pain of being denied aid to sustain themselves. It is that class of workers who Trump deems "expendable." Frum explains how the administration envisions the process going forward:

"A Trump reopening in May will be only a partial reopening. Not all backs are equally exposed to the whip of immediate necessity. Trump can readily enough impel office cleaners back to the bank towers; he will have a harder time with the bankers themselves. Administration officials speak of a 'phased reopening.' But if the reopening starts in May, it will be phased not by medical advice, but by the hard grammar of wealth and poverty: poorest first, richest last."

This plan requires simple winnowing of Americans based on their economic desperation and need. As Frum puts it: "The economy will be further divided along its widening class fault: those who can control their contacts with others, and those who cannot." The upper middle class will not suffer -- they will simply continue doing what they're doing now, protecting their families and children by working from home, ordering deliveries, and agitating the school system for continued education of their offspring. Meanwhile, the "expendables" will be marched dutifully into the offices, the restaurants, the stores, performing their functions with lip service to "social distancing," and they will begin to die, quietly. Because, as Frum observes, Trump is keenly aware that this is not an "equal opportunity pandemic."

Related Topic(s): American Deception; American History; Corona Virus Coronavirus Covid-19; Donald Trump Narcissist; Economy; Pandemic; Trump Bigotry; Trump Cruelty, Add Tags
Add to My Group(s)
Go To Commenting
The views expressed herein are the sole responsibility of the author and do not necessarily reflect those of this website or its editors.