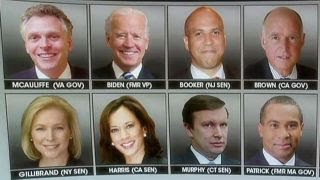 The wires were abuzz last week with news that the presidential candidate Pete Buttigieg was returning $30,000 in contributions from lobbyists. He has now joined many other Democratic candidates in swearing off particular kinds of money, whether from corporate Pacs or lobbyists. Since Beto O'Rourke launched his campaign for Senate in 2017, this type of reform-through-abstinence has become a single metric for whether a candidate is a reformer for democracy. If you don't give up corporate cash, then you can't be for us.

But this is an odd and fake measure of reform. The important question is not how you get elected, but what your fundamental commitment is if you are elected. Money from Pacs and lobbyists is actually among the most moderate, and least polarizing of the money in American politics today. Removing it alone won't fix democracy. And this obsession with where the money comes from obscures the real questions about what type of reformer a candidate would be.

Here, and perhaps surprisingly, given that she is among the most successful political fundraisers in America today, Speaker Nancy Pelosi has set the only meaningful bar. HR1, the reform package that she passed in the House, was extraordinary, not just because of the incredible range of reform packed into that single bill from campaign finance to gerrymandering, to a commitment to automatic voter registration and a restoration of the Voting Rights Act. It was also extraordinary because it recognized that reform must happen first. "Fix democracy first" has become the slogan of many in this movement. And the essential question that we should be asking candidates now is not whether their campaign cash is pure, but whether their commitment to fixing democracy is real.

And here, there is an interesting division opening up among the Democrats. The New York senator Kirsten Gillibrand upped the ante this week, introducing the most ambitious program to change the way campaigns are funded in 50 years. If enacted, the law would give every voter "democracy dollars" to use to help fund campaigns. Those dollars would radically change the pattern of fundraising for candidates in Congress. As the experience in Seattle has shown, vouchers expand dramatically the range of citizens participating in the funding of campaigns. It shifts dramatically the source of those funds, from out-of-district funders to the representatives' own constituents. Andrew Yang has proposed a similar idea, though not as ambitious as Gillibrand's. Yet so far, wannabe reformers such as Elizabeth Warren have been silent about how they would change the way campaigns are funded.

Yet even more important than the details of these programs may be the priority. The South Bend mayor, Pete Buttigieg, told Trevor Noah that reform "like HR 1" would be a "day one" priority for his administration. Andrew Yang "amended" his platform to make "fixing democracy" the first thing that he would do as president. So too did Warren tell Chris Hayes that "anti-corruption reform" would be the first thing her administration would take up. Marianne Williamson has said the same. So too has Gillibrand.

This is the real standard that reformers should be insisting upon, not HR1, but a Potus 1 that is as ambitious, or maybe even more. The next president should follow the lead of Nancy Pelosi and commit to making reform fundamental. He or she should then explain to us what that fundamental reform will include. And we, in turn, should measure the candidates according to the effect that their "day one" commitment would achieve.

Because this is the real potential of this election cycle. Though the commitment is not believable any more, we should remember that Donald Trump had attacked the very same corruption in 2015. "Drain the swamp" was the rallying call for many who supported the president. If the Democrats make fundamental reform a "day one" commitment in the next administration, there is at least a chance that that commitment might help rally reformers among Republicans as well.

This is the one issue that America is united about. We should at least find a way to talk about it that actually promises something real.

Professor of Law, Harvard Law School, Co-founder of Change Congress
Related Topic(s): 2020 Elections; Americans For Responsible Leadership; Americans Together; Democracy In Action; Democrats; Fundraising; Reform, Add Tags
Add to My Group(s)
Go To Commenting
The views expressed herein are the sole responsibility of the author and do not necessarily reflect those of this website or its editors.

A Letter to the #Occup(iers): The principle of Non-contradiction

American democracy is broken. We must demand 2020 candidates commit to a fix

A Letter to FixCongressFirst.org: Where we are, where we are going: