(Image by Unknown Owner)   Details   DMCA
Arson victim about to be destroyed in Poughkeepsie, NY

It is difficult to visit another nation, especially a successful one such as Canada, and not sense that there is something desperately wrong with the United States. I was visiting Canada when I had these thoughts. I took these pictures during the trip back, and just after my arrival back home two days ago--with these thoughts in mind.

With the parallax view of distance, whatever this condition is can be seen in everybody's faces and universally felt from their actions--nearly everyone of which seems motivated by some kind of desperation.

(Image by Unknown Owner)   Details   DMCA
Beautiful old house -- that had beautiful people living in it until they passed on -- left to rot along Rt 1 that runs south in Maine along the Canadian border. 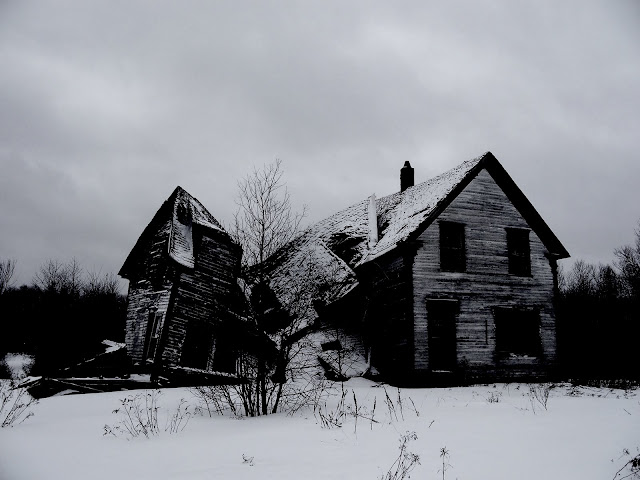 The small city that I live in, Torrington, Connecticut, is in an endlessly spiraling descent into economic and mental depression; perhaps this magnifies the American situation. But any reasonable critical view of the US, either emotional or empirical, only shows a nation attempting suicide. 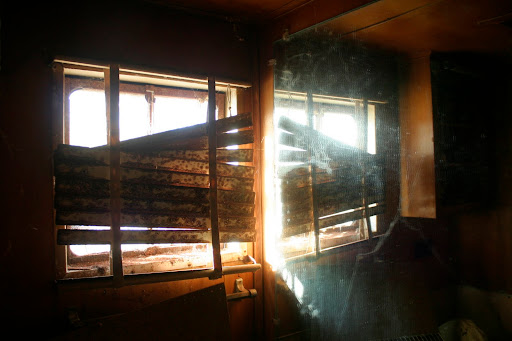 In economics, for instance, it is fairly widely accepted that all nations are dependent on the continual export of US cash; without the continual export of US cash, it is hence accepted that global capital will collapse. But now US capital is purely derived from debt, especially from China, or what I describe as the Han-dominated area of Asia. And no one can deny that America has serious economic problems, and that every American is affected by them. Everyone I have ever known has easily predicted this sort of contradiction will cause ruinous conditions, yet the higher levels of society have denied criticism of the obvious situation, or alternatively argued why this is a necessary condition:
There can only be one explanation for this: a condition of mass misconception at the highest levels of national control that borders on mental illness. The situation is somehow aggravated by the lower layers of society either directly through the tacit support of such misconception, or indirectly as a result of the apathy of depression. This condition can easily be described as a contagion, and as epidemic; it may even be described as a mass mental illness because the results of such massive levels of misconception can easily be shown to be universally self-destructive: an epidemic thinking disorder.


Anti-thought
Government handles the public using the "need to know" concept that is often called didactic teaching, but is best described as cognitive control: what BF Skinner described in his book Walden II. The process is also described as a reverse-evolution that is said to still be evolution--the destruction of emotion in favor of sequential calculations, a synthetic existence misnamed objectivism by reactionary writers such as Ayn Rand. 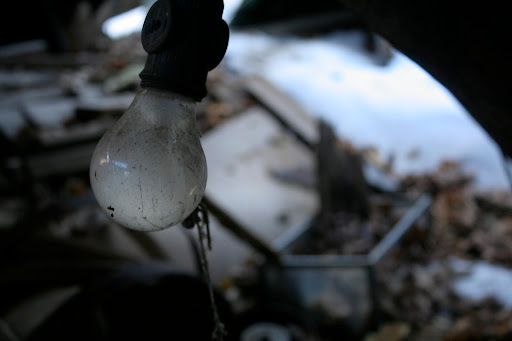 (Image by Unknown Owner)   Details   DMCA
Healthy people organize thought about their environments in terms of collections of objects, each of these having attributes and relations to other objects that can be thought of as maps. This construction of the surrounding environment within the mind is enabled by the recently discovered empathic brain cells: mirror and spindle neurons. There is absolutely no way that purely sequential thinkers, the human calculators who dominate economics, for instance, can actually construct a realistic map of the economic environment in their minds conceive through sequential thought. There is no way they can conceive of the full effects of their actions, and hence have no way of correcting their missteps.

(Image by Unknown Owner)   Details   DMCA
Perfectly good house sabotaged by a developer who cut holes in the roof to assure it could not be restored -- but he can't sell it!

The thoughts of our leaders are purely causal, endless "if then" calculations, and with the first mistake in a sequential process, no matter how trivial, thinking goes astray causing misconception.
Psychologically, mass misconception at this level (and it is epidemic in the United States) is the condition of a thinking disorder such as psychosis or schizophrenia; psychology fails to mention that purely sequential, calculating, and hence purely unemotional thought produces misinformation to such an extent that this type of limited and ill-conceived thought is indeed a thinking as damaging as to the mind as schizophrenia and as damaging to the surrounding environment as psychosis.
What describes success then?
Highly intelligent people who think purely sequentially--those who see the world in the way we would see a chess board--are everywhere, all over the world. A nation that allows these types of people to dominate national thought so as to spread their disease as a contagion, that is allowing them to convert human society so that it is devoid of emotional guidance and hence devoid of natural morality, must then experience the process by which a successful human society begins a spiraling process of decline.


Even worse than purely calculated thought is the anti-thought process of pure control that is found in rules-based societies. There people are told that things happen the way the do "because that is the way it is," and that questioning control is wrong, and resisting it is criminal. BF Skinner describes such control in his Walden II, but unlike fascists, his fictional leadership puts a saccharine layer over his societal control; he tells pleasing lies. "How far will that get you, Mr Skinner, before your lies are found out?" Actually, pretty far, judging from the commercial, institutional, and governmental successes of his behavioral control psychology!
So we can easily describe what success is not; what leads to national decline. Success must then be not so much direct attempts to continually do the "right thing" or to "make things better," but simply to prevent an erosion of what is natural, and specially what is natural within our minds. We must all be healthy in the primal sense; what feels correct to us and makes us feel better; what gives our lives natural, or if you prefer, spiritual meaning.
Since we know that this natural way of being can so easily be eroded by unfeeling thought, then our society's success, or perhaps restoration relies not so much on improving our personal actions (as we are often told), but simply limiting the actions that have eroded natural thought, and with it, natural human interaction and organziation. As we see above, the eroding effects are indeed the actions of specific and highly unnatural people. From history we can see how dangerous, even genocidal these controlling and unfeeling people can be! Today the never-ending obsessive need for luxury by the World's (multi-cultural) elite at the expense of all of the rest of humanity now guarantees a world-wide environmental collapse. 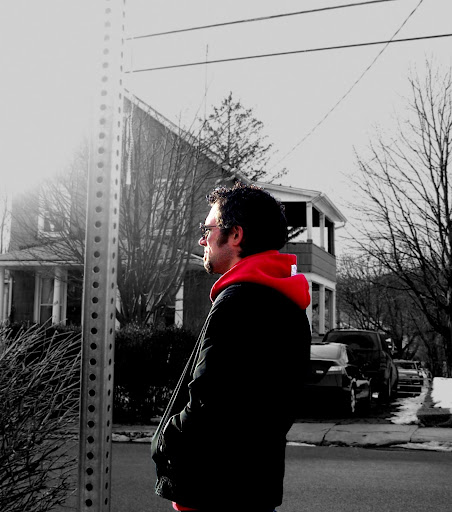 (Image by Unknown Owner)   Details   DMCA
Guy waiting
Resisting them when they established control through violence, and suppressing them when they are implementing control strategies more subtly through deceit is necessary:
There is no doubt that many people will consider such action limiting, and an attack of the personal rights. The answer for them is simple: there never has been in any healthy society a willing acceptance of self-destruction. They have to stop being destructive, or they will be stopped; that is how society survives. Endlessly connected causal rationalizations adding up to some vast misconception, even widely-accepted misconceptions, is not an excuse for destructive activities; it is a vehicle for them. While this kind of thought process has denigrated society all through time, it is becoming increasingly prevalent in our American society and is sending it increasingly downwards; it is the thought process of the cocaine-addicted. And cocaine use has increased by factors since it was first described as an epidemic condition in the mid-1980s.

I am a worker, photographer, and writer. I am now working on a counseling masters degree focusing on youth and community, neurology and medication, and underlying genetics. My photography is my greatest accomplishment. The style is the art of (more...)
Related Topic(s): Economic; Photography-Images, Add Tags
Add to My Group(s)
Go To Commenting
The views expressed herein are the sole responsibility of the author and do not necessarily reflect those of this website or its editors.

Defiance with Daniel Craig: Good movie that opens a BIG can of worms!

American contagion: photos and thoughts on my return from Canada

Americans Kill, so What is the Kindest Way to Kill?

It's OFFICIAL, market crash in the offing--good time to unload?