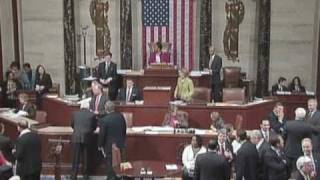 A couple of decades or more ago when I was still in Washington, otherwise known as the snake pit, I was contacted by a well-financed group that offered me, a Business Week and Scripps Howard News Service columnist with access as a former editor also to the Wall Street Journal, substantial payments to promote agendas that the lobbyists paying the bills wanted promoted.

To the detriment of my net worth, but to the preservation of my reputation, I declined. Shortly thereafter a conservative columnist, a black man if memory serves, was outed for writing newspaper columns for pay for a lobby group.

I often wondered if he was set up in order to get rid of him and whether the enticement I received was intended to shut me down, or whether journalists had become "have pen will travel"? (Have Gun -- Will Travel was a highly successful TV Series 1957-1963).

Having read Bryan MacDonald's article on Information Clearing House, "Anti-Russia Think Tanks in US: Who Funds them?"... I see that think tanks are essentially lobby groups for their donors. The policy analyses and reform schemes that they produce are tailored to support the material interests of donors. None of the studies are reliable as objective evidence. They are special pleading.

Think tanks, such as the American Enterprise Institute, Brookings Institution, and the Atlantic Council, speak for those who fund them. Increasingly, they speak for the military/security complex, American hegemony, corporate interests, and Israel.

Bryan MacDonald lists those who support the anti-Russian think tanks such as the Atlantic Council, the Center for European Policy Analysis, German Marshall Fund of the US, and Institute for Study of War. The "experts" are mouthpieces funded by the US military security complex. US government agencies use taxpayer dollars to deceive taxpayers.

In other words, insouciant Americans pay taxes in order to be brainwashed. And they tolerate this.

Related Topic(s): Govt-politics; Media Fake News; News And Media; Think Tanks-Advocacy Orgs, Add Tags
Add to My Group(s)
Go To Commenting
The views expressed herein are the sole responsibility of the author and do not necessarily reflect those of this website or its editors.