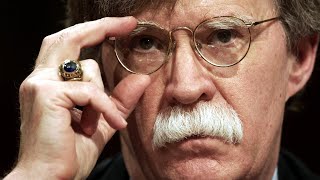 Here is "Mad Dog" Mattis, the US Secretary of War, stating that he has no evidence that there was a chemical weapons attack in Syria last week, but that he personally believes that there was one.

This raises questions as to Mattis' fitness for office. He is prepared to lead the US into war with Russia based on nothing but his belief. This is insanity.

Even a low-grade moron, which appears to be above the intelligence level of the current US Secretary of War, understands that Syria would not, within a few hours of its liberation of the Syrian people of Douma, have used chemical weapons against the civilian population for which its soldiers were dying in order to liberate.

According to RT, the Organization for the prohibition of Chemical Weapons (OPCW) is on its way to inspect the site. I had read that the US had vetoed allowing an investigation. According to RT, the OPCW is only permitted by Washington to determine whether any chemical weapons were used, not, if they were, by whom. If the OPCW can be pressured to say evidence of chemical weapons use was found, Washington will seize on that as proof that Syria did it.

As the former head of the OPCW has made clear, the organization is not independent of Washington's control. It is supposed to be independent but is not. Jose Bustani, a Brazilian diplomat who was Director-General of the OPCW, reports that he was ordered to resign by John Bolton, the dangerous neoconservative warmonger who is currently National Security Adviser to President Trump. Bustani pointed out to Bolton that he was appointed by the OPCW member states, not by the US, and refused to resign. Here is Bolton's reply: "OK, so there will be retaliation. Prepare to accept the consequences. We know where your kids are."

This is American diplomacy at work. It is based entirely on lies, bribes, threats, coercion, murder. Remember the State Department official who told the president of Pakistan, do as I say now or we will bomb you into the stone age?

Bolton had Bustani voted out. The members of the OPCW preferred their Washington subsidies to being an honest organization.

It makes no sense for Russia to rely on "international organizations" that are under Washington's control.

It makes no sense for Russia to speak about their "American partners." No such partner exists. Russia has only American enemies.

The neoconservatives who control US foreign policy have stated it clearly in their declaration that the principle goal of US foreign policy is to prevent the rise of Russia and any other country that could serve as a constraint on US unilateralism. The neoconservatives have made it abundantly clear that Russia has to go. It is dangerous for Russia to disregard such a clear warning. Yet when I am interviewed by Russian media, the journalists are perplexed by "neoconservative." What is that, they ask.

How can it be that Russian journalists are unaware that the powerful interest group whose most warmonger member, John Bolton, sits as Trump's right-hand man, has marked Russia for vassalage, conquest, or annihilation? A country this uninformed hasn't much survival potential.

Related Topic(s): American Facism; American Hegenomy; Dangerous; Neoconservatives; Threats, Add Tags
Add to My Group(s)
Go To Commenting
The views expressed herein are the sole responsibility of the author and do not necessarily reflect those of this website or its editors.