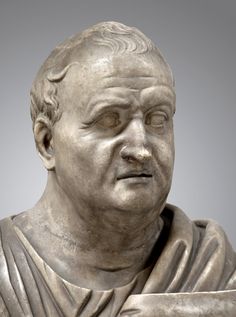 There is a reason why Donald Trump doesn't own a dog. Because he's such a liar that if he called the dog it probably wouldn't come. But I really don't need to tell you that, but as obvious as it is to the general public the media treat it or mistreat it. They'll publish a story that Trumpy told 10,000 lies today and then have a policy discussion about Trumpy like he's a normal President when he's not. Years ago, there was a National Lampoon cartoon of a candidate kept in a gorilla cage. The candidate had a speaker system under his shirt to broadcast his message. A rat runs across the stage and the candidate dives for it and eats it. From the handlers the caption read, "Do you think anyone noticed? Naw, it'll be fine." Art becomes life.

The vintage from these grapes is limited and stunted they don't have many plans. One of the few true "Policies" other than border racism and wanton cruelty has been its Iran policy. Maximum pressure on day one. Withdrawal from the nuclear treaty was a forgone conclusion. But, but, but there's a problem here, if you've signed a treaty and the other side has kept the bargain by what right can you impose sanctions? Aren't sanctions supposed to bring about negotiations? No one dislikes the Nazi comparisons more than I, but do you know who liked to tear up treaties? The administrations policy is to suffocate Iran and the Iranian government by sanction if they can and war if they must. The administration knows our position is untenable; time is of the essence they feel it slipping away.

The running cross current of impeachment, MAN BITES DOG, IMPEACHMENT CALLED OFF! General Soleimani has been on the table for twenty years. But, but, but, there's a problem, the General is a member of the government. He didn't live in a cave in the mountains this was a briefcase carrying, sit down to cabinet meetings policy officer. Imagine an Iranian sniper taking out Defense Secretary Mark Esper"see the problem? Killing a member of a foreign government is an act of war. It is illegal under international law and you know who liked to do that sort of thing?

I suppose it is a failure of criminality that criminals usually forget to arrange an alibi in advance. Hubris maybe or a childish belief in their own schemes. "We had specific information on an imminent threat, and those threats from him included attacks on U.S. embassies. Period. Full stop," Mike Pompeo.

Odd, really how killing a general would stop a plan that was "Imminent"! But this is the third incantation of the spell. At first it was sooo, secret the administration couldn't tell Congress about it. Having the nerve to invoke loyalty to the cause. The last refuge of a scoundrel, there and Mitch McConnell's office. Then the big Cheeto went on a rant on Faux News "Four Embassies!" Just across town, Secretary of Defense Mark Esper said he "didn't see" specific evidence that top Iranian military commander Qassem Soleimani was planning attacks on four U.S. embassies , but said he believed such attacks would have occurred.