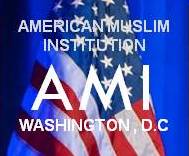 Copyrighted Image? DMCA
Washington D.C., August 5, 2015 - "American Muslims of the Washington, DC area are pleased to announce the formation of a nonprofit organization to provide reliable information and advice to public and policy makers on Islam and Muslims. We need constructive solutions to current and emerging problems emanating from wrong perceptions and misinformation about Islam and Muslims in America." said Dr. Islam Siddiqui, President of the newly formed American Muslim Institution.
Our Mission is to work for a world of co-existence through inclusiveness and participation. As a member of diverse family of faiths, our efforts will be directed towards justice and equality to attain peace for Americans with a firm grounding in commonly held values.
We are committed to be a proactive voice for American Muslims and promote a positive image of Muslims through dialogue and understanding.
The sponsors of the organization are deeply committed to the peace, security and prosperity of the United States of America. The organization in its nascent stages has just begun the process of gathering some of the brightest minds from academia, public intellectuals, activists and futurists to find pluralistic and positive solutions to the problems facing the country and wrongly attributed to Islam. Indeed, this organization will be a reliable source of information and advice in dealing with the issues facing the homeland.
"We will continue to make concerted efforts to increase our participation in the civil society and earn our trusted social, political and religious space in the U.S."Mike Ghouse, the Executive Director of American Muslim Institution added.
Ambassador Islam Siddiqui is a former U.S. Under Secretary of Agriculture and Chief Agricultural Negotiator, and was the highest ranking American Muslim in the United States Government under the Clinton and Obama Administrations. Contacts: Islam Siddiqui (202) 725-7409
Islam@AmericanMuslimInstitution.org
Mike Ghouse is a public speaker, thinker, writer and a TV-Radio commentator on Pluralism, Islam, and Politics and is a human rights activist committed to building cohesive societies and offers pluralistic solutions on issues of the day. Mike Ghouse (214) 325-1916 Mike@AmericanMuslimInstitution.org
Both Dr. Siddiqui and Mr. Ghouse can be reached at the above mentioned numbers to discuss the vision and mission of the American Muslim Institution.
Details of the official launch will be announced in the next few weeks.

Related Topic(s): Ambassador; American Muslims; Americans For Responsible Leadership; Co-existence; Muslim; Muslim Advocates; Muslim Guy; Muslim Speaker Mike Ghouse; Muslims For Free Speech; Pluralism; (more...) Washington-dc, Add Tags  (less...)
Add to My Group(s)
Go To Commenting
The views expressed herein are the sole responsibility of the author and do not necessarily reflect those of this website or its editors.