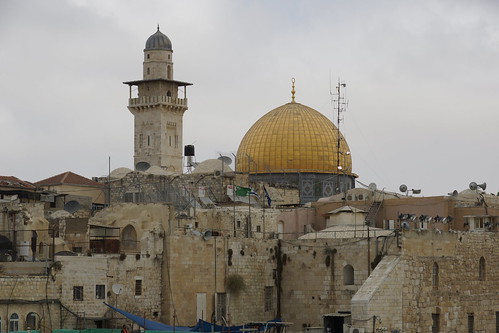 The seven-million strong American Muslim community, though, remains under siege since 9/11/2001 but their plight has taken a new twist under President Donald Trump whose anti-Muslim policies alarmingly fomented hate crimes against them.

According to July 2017 report of the Council on American Islamic Relations (CAIR), the number of hate crimes in the first half of 2017 spiked 91 percent compared to the same period in 2016, which was the worst year for such anti-Muslim incidents since the civil rights organization began its current documenting system in 2013. The number of bias incidents in 2017 also increased by 24 percent compared to the first half of 2016.

At the same time, high spike in Islamophobic Incidents was reported at the U.S. borders during President Trump's first 100 days. It was reported in April last that cases of U.S. Customs and Border Protection (CBP) profiling of Muslims accounted for 23 percent of CAIR case intakes in the first three months of 2017. This represented a 1,035 percent increase in CBP bias cases reported so far this year over the same period in 2016.

Not surprisingly, a high school band in Washington State has canceled a longstanding field trip to Canada over concerns that some of its students may be barred from re-entering the United States.

According to the Nation, in the age of Trump, ever more Muslim travelers are being questioned about their beliefs as even Muslim-American citizens have been caught in the net of Trump's travel ban. Alex Kane wrote on March 23: "Beyond the legal concerns, Muslim Americans and civil-liberties advocates are worried that the apparent increase in religious questioning and detention of Muslim travelers is just the opening salvo of a broader Trump-era campaign targeting Muslims. The Trump administration has brought anti-Muslim ideologues into the heart of power, and many Muslim Americans fear the executive order was the first step in a long campaign aimed at making discrimination against them official policy. Of particular concern is the role of Steve Bannon, the White House chief strategist and former head of the far-right website Breitbart News, which frequently traffics in anti-Muslim bigotry. News outlets reported that Bannon helped draft Trump's first executive order, which banned refugees and travelers from seven Muslim countries, and also suggested more vetting of Muslims."

Tellingly, Steve Bannon was sacked by Trump on August 18. He joined Breitbart News as its chief.

Not surprisingly, the UN last month issued a rare warning over 'alarming' racism in US. The UN human rights experts have called on the United States and its leadership to "unequivocally and unconditionally" condemn racist speech and crimes, warning that a failure to do so could fuel further violent incidents. The rare "early warning and urgent action" statement, which is reserved for serious situations, was issued by the UN Committee on the Elimination of Racial Discrimination (CERD). It stopped short of criticizing US President Donald Trump by name. But CERD said it was "disturbed by the failure at the highest political level" of the US to reject racist demonstrations. That failure could lead to "fuelling the proliferation of racist discourse and incidents" in the United States, the statement said. "We are alarmed by the racist demonstrations, with overtly racist slogans, chants and salutes by white nationalists, neo-Nazis, and the Ku Klux Klan, promoting white supremacy and inciting racial discrimination and hatred," Anastasia Crickley, who chairs the UN panel, added.

To borrow Chauncey DeVega of Salon Trump's election has created 'safe spaces' for Racists and White Supremacists. "Since the election of Donald Trump in November, there have been almost 1,000 reported hate crimes targeting Muslims, Arabs, African-Americans, Latinos and other people of color. In this same moment, there have been terrorist threats against Jewish synagogues and community centers as well as the vandalizing of Jewish cemeteries. These hate crimes have also resulted in physical harm and even death: An Indian immigrant was shot and killed by a white man in Kansas who reportedly told him, "Get out of my country." Several days ago a white man shot a Sikh man in Washington state after making a similar comment. When forced by public outrage to comment on the wave of hate crimes spreading across the country, President Trump issued a weak and obligatory statement on the subject during his address to Congress last week," DeVega wrote in March adding:

"As with the administration's comments about its decision not to mention the Jewish people in the annual Holocaust Remembrance Day statement, the president's feeble condemnation of racism and bigotry did little to satisfy his critics. As demonstrated by his rhetoric and policy proposals, and the behavior of his supporters both during the 2016 campaign and his presidency, it is clear that Donald Trump used white racism and nativism to win the White House."

On June 11, Far-right activists held anti-Muslim demonstrations in least 28 cities across the United States. The demonstrators, spurred by the ACT for America - one of the largest grass-roots anti-Muslim group - were met in many cases by larger crowds of counter protesters. Clashes reportedly broke out between anti-fascists - known colloquially as Antifa - and march participants in a handful of cities, including Seattle, Washington.

The protests and counter protests came at a time of increased tensions and frequent physical confrontations between Antifa and far-right activists. During a rally and counter protest in New York City, local media reports estimate that around 200 Antifa protests outnumbered several dozen participants of the so-called National March Against Sharia. At least one planned rally was canceled in Portland, Oregon, where two men were fatally stabbed in May while defending two Muslim women from a man who taunted them with racial slurs.

Encouraged by the June 11 demonstrations, the ACT for America, which has been labeled an extremist anti-Muslim group by the Southern Poverty Law Center, an organization that tracks hate groups, announced to hold anti-Muslim and pro-Trump rallies at around 37 locations across the country on Sept. 9. However, the group cancelled the planned rallies apparently because of poor response from the public.

On December 7, 2015, Trump's campaign issued a statement saying: "Donald J. Trump is calling for a total and complete shutdown of Muslims entering the United States until our country's representatives can figure out what is going on." Trump read this statement aloud at a rally in South Carolina.