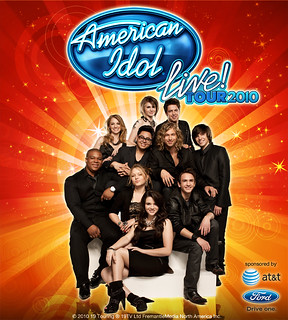 The run is over. A television show that resuscitated network television, if for a little while, as part of a line-up of "reality based programming" begins the process of fading into pop-culture yore. American Idol, after fifteen years, will be no longer. The costs of producing the show were deemed prohibitively too expensive for it to continue.

American Idol debuted in 2002 adopting a format similar to Pop Idol which debuted a year earlier on ITV in Great Britain. Like many reality based television shows of the era, an interactive town hall of sorts was incorporated that engaged the public by letting them vote for the performers. The concept for the show took the format of the old fashioned talent show and gave it an upgrade for a new era merging drama, public interaction, giving life to the judges, and breathing hope into every karaoke, bathroom, and bedroom performer with the audacity to bedazzle, or otherwise, any concept of performance art known.

The idea of the show was, in many ways, representative of contemporary human expressions of democracy. For the performers making it through the performance, and the possible dressing down from Simon Crowell, there likely stood at the end an A&R Representative, with a contract, ready to feed them through a corporate music processor. The worst of the worst faced the jeers of the public and a deflated ego. So thus, similar to democracy, the idea of the talent show took on an aspect of the Roman Coliseum, and the "show of thumbs", minus the thrill of watching the worst performers being mauled to death by lions on stage.

And what network was a more appropriate stage for American Idol than the Fox Network? The network who, similar to ITV in Great Britain, is rather notorious for depicting an embarassing, but stunningly accurate, portrait of America through its lower common denominators. A network who gave the country "Married With Children", "The Simpsons", and "The O'Reilly Factor" once again proved that its professionals knew one thing very well -- the collective mind of Middle America. Murdoch at his daughter's insistence, purchased the show that would dominate network television for eight years, setting a standard, at least in dollars, that could be considered "gold".

Even more interesting is that American Idol emerged during the Fox Network's "Golden Age". The network that sold America her "Goldstein" in the semi-emaciated frame of Osama Bin Laden, gave Middle America a flag, a cross, The Patriot Act, the AUMF, and a reason to embrace fascism with pride while in the evenings Fox offered the banal, at least to anyone thinking at the time, as an odd sort of ironic joke.

The underlying theme of American Idol was the old and overused drama that one exceptional individual, within the relative mediocrity of the masses, could rise, like untended kudzu, to be a superstar, and with a little hard work and fortitude, anyone could be celebrated by a nation on live television. This kept the show going through several lineup changes, a few short lived imitators, a world economic crisis, and a nation moving, ever so much quicker, towards a full blown police state.

The tragedy is that a generation of Americans unaware of "The Ed Sullivan or Gong Shows" will only associate the pomp and circumstance of American Idol, and its cultivation of the forgettable, as a realistic venue for groundbreaking talent. An artist as an individual with something unique and groundbreaking to offer, unlike in the Sullivan era, is rendered to the back bench in favor of a formula, or uber person, relatively easy to monetize quickly.

While the individual artist plies his or her trade paying unending dues in front of apathetic crowds, the star of any high school musical could sidestep that process, provided they passed the shrewd vetting of the American Idol staff, and could soon be sitting in a studio, performing pre-written jingles, while a producer erases every dodgy voicing using Pro Tools. The other talent, unlike The Gong Show, was, not too unlike Abbott and Costello or Laurel and Hardy, the entertaining interludes that made, what was an otherwise mundane story and main character, endurable.

Without the deep pockets of the Fox Network there will, thankfully, be no reason for reasonable people to have to endure the question, "Who will be the next American Idol?" Now if only Bill O'Reilly would run his course, along with Sean Hannity, perhaps the stupification of Middle-America will cease, as it has arguably been completed at least a decade ago. As an entertainment medium, television will never again generate the revenue to sustain a show like American Idol, but never put it past a network like FOX to create a cheaper version.

www.roadkillmusica.4t.com I am originally from the northeast I won't say where. I moved to the south and I don't know why.
Related Topic(s): American 77; American Capitalism; American Culture; American Dream; American Hegemony; American Hegenomy; American Rock-and-roll; American_artists; Crowds; Hope Hopefulness; (more...) Kudzu; Public; Reality; Tragedy, Add Tags  (less...)
Add to My Group(s)
Go To Commenting
The views expressed herein are the sole responsibility of the author and do not necessarily reflect those of this website or its editors.

Why Globalization is Failing...

Time For Angela Corey To Go!!!

Cultural Narcissism in America: The "Cult of Happy"

Hobby Lobby - "Every Sperm is Sacred"