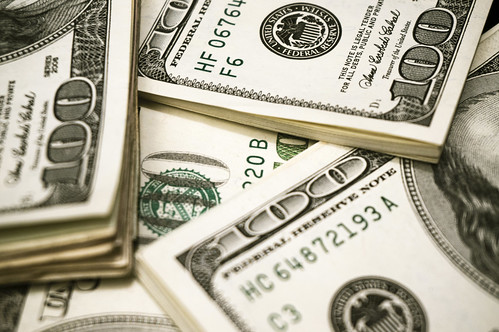 There is little doubt that we urgently need an economic lifeline, starting with an increase in the minimum wage, to help most of the American citizenry who are dealing with an economy which has been crippled by the economics of the Pandemic, the Pandemic itself and the growing results of climate change. For many these are survival issues. For some it has been an inconvenience with some sacrifice and hardship, and for those who control the American economy it has been an incredible windfall. Unfortunately, the loudest voices have been those in the last two groups: those who have been inconvenienced and those who have profited.

As always, the recovery tends to be from the top down whether it is economic benefits or health care and vaccines.

We have identified a category of "essential workers" who must continue their work for the society to survive. Unfortunately, these essential workers are mostly at the bottom of the economic ladder, those who are poorly paid and who are poorly served by the society: poorly educated, poorly housed, and poorly served by health care. The overriding incentive is the economic incentive of our present system in which you need money to survive and if you are not working you have no money. So, the choice is between not even providing the basics for living for themselves and their families or taking the health risks that go with going back to work.

We all recognize the "essentialness" of health care workers who have served us valiantly during this last year, despite incredible risks to themselves and their families. They are in effect the veterans of the most destructive World War of the last century, serving and dying in the front lines of the Pandemic War with nearly 30 million casualties and over half a million deaths in the US alone during the last year.

Meanwhile support for those who have joined the fight on the home-front has been less that stellar. While the enemy has not only created many beachheads and is now operating as an occupying army, we have provided an entire cadre of collaborators who give aid and comfort to this enemy while others continue to battle and die.

Meanwhile the continued push is to open the economy quickly, regardless of risks, putting profits before people at every turn. The first pandemic stimulus went mostly to those on top with the ordinary citizens getting very little attention. It required those on the bottom to go back to work quickly despite the personal risks, so businesses could get back to normal. Schools were to open-up again, regardless of the health risks to teachers and other school employees, so parents could go back to work without the burden of home care of children.

Anyone with any clarity of vision (meaning anyone who can still remember that people are far more important than profit) can see that the way to humanely open an economy is to provide vaccines, health benefits and an economic stimulus to those who are essential. And, once they have been protected and provided for, we open the economy from the bottom up.

But, my goodness, that sounds too much like democracy which would be based on providing a social structure that assures human health and sustainability for its citizens, building viable communities, and providing a voice in their future as well as the future of the society and the nation for all its citizens.

Once in power, the economic elite normalized and structured systems to entrench their power and continue their dominance.

So, we are left to nibble around the edges to get what crumbs they are willing to give up purely for public relations benefits, or we can understand that we must restructure our economics to meet the needs of a flourishing democracy in the modern world, one that will again become a beacon for the rest of the world.

Since the 1970s we have watched the steady erosion of democracy as it was replaced by a focus on economics and profit. Instead of capitalism being the funding source for a healthy democracy we saw our world being turned upside down until democracy is now the mask for out-of-control capitalism.

What are some of the signs?

· Income inequality now back to the Gilded Age levels and growing.

· Income taxes which have gone from progressive to regressive, with those with money being relieved of any substantial tax burden.

Related Topic(s): American Crossroads; American Dream; American_History; Americans Together; Community; Democracy; Economic; Health; Infrastructure; Pandemic; (more...) Recovery; Relief; Surveillance; Workers, Add Tags  (less...)
Add to My Group(s)
Go To Commenting
The views expressed herein are the sole responsibility of the author and do not necessarily reflect those of this website or its editors.