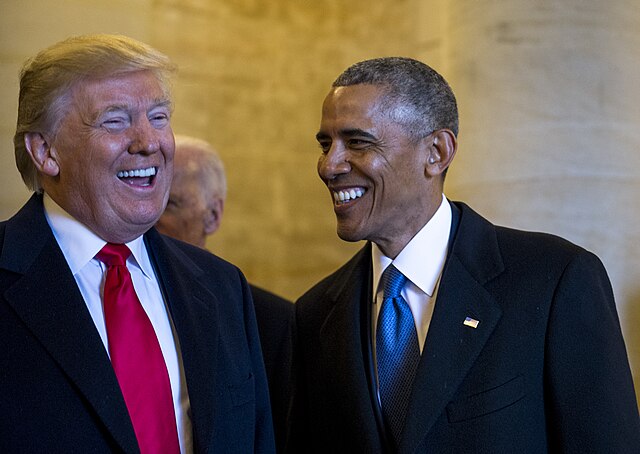 Trump's "sell-out," as it is called, coming on top of Obama's eight-year "sell-out," is instructive. We have now had a Democratic president who sold out the people who elected him and a Republican president who has done the same thing. This is a very interesting point, the meaning of which most people miss.

But not Russia's president, Vladimir Putin. At the Valdai discussion club, Putin summed up Western democracy, which I paraphrase as follows:

In the West, voters cannot change policies through elections, because the ruling elites control whoever is elected. Elections give the appearance of democracy, but voting does not change the policies that favor war and the elites. Therefore, the will of the people is impotent.

People are experiencing that they and their votes have no influence on the conduct of affairs of the country. This makes them afraid, frusrated, and angry, a combination of emotions that is dangerous to the ruling elite, who in response organize the powers of the state against the people, while urging them with propaganda to support more wars."

Obama promised to get out of Afghanistan or Iraq or perhaps it was both. He promised to reverse the police state created by the George W. Bush regime. He promised to focus American resources on American domestic problems, such as health care.

But what did he do? He expanded the wars and launched new ones, destroyed Libya and attempted to destroy Syria, but was stopped by British non-participation and Russian objection. He expanded the police state. Obama overthrew democratic governments in Honduras and Ukraine. He began the demonization of Russia and Putin. He betrayed the American people again by allowing the private insurance industry to write his health care plan known as Obamacare. The private interests wrote a plan that diverts public monies from health care to their profits.

All of this is forgotten when the ruling elites and the presstitutes that serve only them refocused the demonization on Trump. Suddenly, it was the president-elect of the United States who was the main danger to the US and the American people. Trump was a Russian agent. He had conspired with Putin to steal the US election from Hillary Clinton and make the White House a partner of Putin's alleged reconsruction of the Soviet Empire.

The nonsense was hot and furious, and it was effective. Trump succumbed to pressure and sacrificed his National Secuity Advisior, who was supportive of Trump's promise to normalize relations with Russia. Trump replaced him with a Russophobic idiot who apparantly cannot wait to see mushroom clouds over cities all over the Western world.

Why did two presidents in succession completely sell out the people who voted for them?

The answer is that presidents are not as powerful as the interest groups who make the decisions.

Trump was going to get us out of Syria, so he committed an unambigious war crime by gratuitously attacking Syria with Tomahawk missiles.

Trump was going to normalize relations with Russia, so his Secretary of State announces that US economic sanctions will stay on Russia until Russia hands over to Ukraine the Russian Crimean naval base on the Black Sea.

It is impossible to normalize relations when the cost to the other party of the normalization is national suicide.

Despite Trump's complete surrender to the powers that be, today (May 2) on NPR I heard raw propaganda dressed up as "expert opinion" that Trump is biased against the media, when what all of us have seen is massive media bias against Trump, including the program to which I was listening.

For example, NPR had accumulated "experts" who said that Trump had slandered Obama by accusing him of intercepting his comunications. NPR said nothing about the Obama regime's charge that Trump conspired with Putin to steal the election from Hillary Clinton.

If anything was slander, this was, but all the talk was about how Obama could sue Trump.

Related Topic(s): Democracy; Donald Trump; Enemies Of Democracy; President Barack Obama; War On Democracy, Add Tags
Add to My Group(s)
Go To Commenting
The views expressed herein are the sole responsibility of the author and do not necessarily reflect those of this website or its editors.