The plunder is getting worse 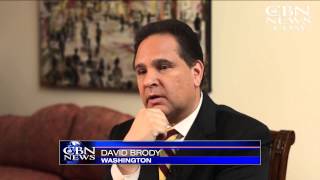 American capitalism is based on plunder. With the continental USA plundered, American capitalism hoped to continue enriching itself by plundering Russia as it did under Yeltsin, carefully including the Russian "Atlanticist Integrationists" in the spoils in order to have support from the liberal, progressive forces in Russia for stripping Russia of its assets. But Putin more or less put a halt to the American/Israeli rape of Russia, although it still continues through the neoliberal economics that Harvard brainwashed into the Russian central bank and economics profession. Brainwashed Russian economists are the main reason Washington is able to punish a powerful country such as Russia with economic sanctions.

The dependency of American capitalism on plunder is the reason Washington seeks to overthrow the people's government of Venezuela. Chavez established a reformist government in Venezuela, one continued by Maduro. The reformist government nationalized Venezuela's oil reserves. Instead of the profits being carted off by the American oil companies, they were kept at home where they raised the literacy rate and lowered the poverty rate. American capitalism wants the revenues back. Thus Washington's attack on Venezuela.

The same for Iran. The Iranians were the first and most successful in throwing off the yoke of American imperialism. They overthrew the American puppet, the Shah in 1979, and used the oil revenues for the development of Iran instead of the purchase of arms from the US military/security complex. All of the propaganda against Iran is part of the effort, supplemented by sanctions, to regain control of Iran's oil wealth and to shut down Iran as a supplier of the Hezbolah militia that has prevented Israel's occupation of Southern Lebanon.

Little wonder Washington regards Putin and the Chinese leadership as politicians who can be trifled with.

Perhaps Russia and China are so desperate for Western approval that they prove how democratic they are by permitting foreign orchestrated insurrection. The Hong Kong youth waving American flags must be unaware that the US is ruled by a smaller and worse oligarchy than China.

The US allows no foreign countries other than Israel to finance NGOs dedicated to influencing the United States Government. I am unaware of any Russian, Chinese, Iranian, or Venezuelan NGOs that are permitted to operate in the US. Who can imagine Israel permitting Palestinian NGOs to operate in Israel and stage street demonstrations and riots. In the United States the President is not even permitted to communicate with Russia without being accused of being a "Putin stooge" involved in a conspiracy to sell out America to Russia.

Russia has one economist who understands economics. His name is Sergei Glazyev. Glazyev, the most competent economist in Russia, understands that Russia's economic development does not depend on foreign loans and capital from abroad. Loans from the West are simply a way of ensnaring Russia in the hands of external creditors, as happened to Greece. According to a recent report, Glazyev has been removed from his position as an adviser to Putin. It seems as if the pro-American Atlanticist Integrationists are going to keep Russia down until Russia has to submit to Washington for a bailout.

Awaiting the chance to resume exploitation of Russia, Iran, Venezuela and China, American capitalism in the meantime is going to plunder what is left of the public's lands -- the national forests, parks, monuments and wildlife refuges. You can read about it below.

If a proposed change in federal land use rules goes through, the 90,000 acres of Green Mountain National Forest that fall within Addison County could see a lot more commercial logging, road building and utility corridors all without environmental review or public input.

Related Topic(s): American Exceptionalism; American Facism; Capitalism; China; Forest; Plunder; Trump; Venezuela, Add Tags
Add to My Group(s)
Go To Commenting
The views expressed herein are the sole responsibility of the author and do not necessarily reflect those of this website or its editors.