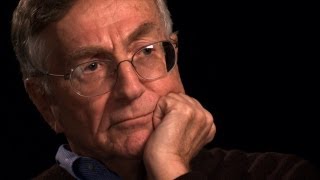 If Seymour Hersh had only broken the story of the massacre of unarmed civilians at My Lai in Vietnam by the United States Army in 1968, it would have been enough to make a career. But that was only one story in a range of stories that this feisty and independent journalist has broken over the course of his long career. He was the one who pointed his finger at a host of stories, including the U.S. programs for chemical and biological weapons, the Israeli nuclear bomb and the shenanigans of the Nixon White House regarding Vietnam and Watergate. Recently, it was Hersh who wrote important stories on the death of Osama bin Laden and on allegations of the use of chemical weapons in the war in Syria. Each of his stories is received as a bombshell, largely because the story is likely to be a bombshell.

Over his long career, Hersh has worked for major U.S. publications such as The New York Times and for smaller outlets such as the Dispatch News Service. He did not care where he wrote as long as he could report with freedom and write with his usual bluntness. It was not prestige that Hersh was after, but the story. This is clear across his fascinating autobiography -- Reporter: A Memoir (2018). Winning the Pulitzer Prize for his reporting on the U.S. atrocities in My Lai did not stir him. It simply meant that he had done the right thing. It did not inflate his personality or make him eager for more establishment accolades. He won the Pulitzer Prize because he deserved it. If he wrote another story that deserved a prize, well, then he would get it. There was no need to write for the prize. To learn to write for the prize puts the reporter in the camp of the establishment. Hersh would have none of that.

Born in a hardscrabble home in Chicago, Hersh had none of the opportunities that were available to many of his peers. He went to college by luck and by determination and went to work with that same attitude. Like many good reporters, Hersh began on the night shift in Chicago, covering stories that taught him the essence of his craft. Listen to people's stories, surely, but also do not take the word of the authorities without question. One night, in 1964, there was a clash between the police and a group of African Americans. The police told Hersh that the African Americans had shot at the police, hence the retaliation. Hersh rushed back to the Associated Press office, where he worked, and filed his story about how African Americans had fired at the police. His night editor, Bob Olmsted, rewrote the lead. "Gunfire broke out tonight," Olmsted wrote. When Hersh protested, Olmsted asked him if he had talked to any African Americans. He had not. "I had made no effort to get to the rioters across the police barriers," Hersh recalled. He did not "begin to know what they thought the riot was about." On that one night, Hersh writes, Olmsted, who would later be an editor at Chicago Sun-Times, "taught me a master's degree worth of journalism."

Of course, many master's courses in journalism do not teach the lesson that one must not become the stenographer of the state. Hersh begins his memoir by saying that today "the reporter is little more than a parrot." This is a harsh assessment but there is merit to it. So much of the world of journalism now adopts the views of the state without any question. Press releases are directly reprinted as if they are news reports. The view of the state is allowed to define stories of monumental importance. Trust in the state has become a fundamental attitude in newsrooms and among opinion writers. Even more so, trust in corporations has become commonplace. If there is an oil spill, the view of the oil company is taken more seriously than the views of the people who are impacted by the spill. This is the lesson that Hersh learned early in his career.

When Hersh went to Washington from his time in Chicago, he was confronted directly with the most important story of the mid 1960s, the U.S. war on Vietnam. Leonard Downie, who was a fixture at The Washington Post, wrote in The New Muckrakers: "Most major stories written by Pentagon correspondents on national issues reflected the official point of view." There were important exceptions, although these reporters were pilloried for their brutal honesty.

As Hersh writes: "If you supported the war, you were objective; if you were against it, you were a lefty and not trustworthy." Hersh rightly praises the work of Harrison Salisbury, who went to Hanoi for The New York Times and wrote about the morale in Vietnam's north, as well as about civilian casualties as a result of the U.S. bombing raids on cities and towns. Hersh went into the world of the Pentagon to see if he could corroborate from within the U.S. military what Salisbury found in Vietnam. He was able to do so and wrote landmark pieces both on the collapse of morale in the U.S. forces and on the futility of the bombing raids and on civilian casualties. The leadership of the U.S. military denied all this. Hersh's conclusion is important: "I had no idea of the extent to which the men running the war would lie to protect their losing hand."

How did Hersh get the stories that other reporters seemed to miss? The first point is his attitude. He cultivated skepticism about governmental and corporate power. Hersh was not awed by the leadership or eager for its approval. This allowed him to ask questions that it did not want asked and that it prevented from being asked by using every means. It is because he did not believe that the U.S. was always good or right that he was able to do the landmark stories that he did. Hersh's Reporter should be read by young journalists. It is itself an education. There is buried in this book a manual for how to do good journalism. Here are some basic points to explain his method:

(1) Read. Hersh read. "Read before you write," he notes in reference to an important but buried article that he had read by Elinor Langer in Science, the weekly publication of the American Association for the Advancement of Science. Reading Langer in this obscure publication allowed Hersh to see that the U.S. government was pursuing a chemical and biological weapons program. He would not have known of such a story or pursued it if he had not read Langer's work.

(2) Research. Having read Langer, Hersh went to the Pentagon library and read everything available on the chemical and biological weapons program. He digested whatever public material was available. He learned which U.S. military bases had stockpiles of chemical and biological weapons. He read the weekly newspapers of those bases. Here he found reports on retirement parties for colonels and generals that offered details about where they had decided to retire. This information was crucial.

(3) Find and cultivate sources. Hersh then traveled to the towns that housed the bases as well as the towns where the retired military officers had moved. He tried to meet retired officers and others to ask them about the weapons program and its impact on the local communities (as well as on their own health). Painstaking work allowed him to find one or two people who would talk to him and then point him to others. This is how Hersh found William Calley, who gave him the My Lai story. Some of these retired officers were upset by the chemical and biological weapons program or were disgruntled by being passed over for promotion. "Want to be a good military reporter?" Hersh asks "Find those officers." Over the course of his career, Hersh cultivated many of these officers and other military officers. They would slip him reports and lead him to other people like themselves. These kind of sources are crucial for the Hersh method. The Director of the Central Intelligence Agency, William Colby, would later say of Hersh and the CIA: "He knows more about this place than I do." He was probably right.

(4) The Hersh rule. In the book, Hersh says that when he interviewed officials he would often ask them about their work outside the story at hand. When he interviewed a judge, for instance, he asked him about his appellate decisions -- having read them already. "Never begin an interview by asking core questions," Hersh writes. "I wanted him to know I was smart and capable of some abstract thought. And I wanted him to like me and, perhaps, trust me." That judge would eventually deliver Hersh a crucial part of the My Lai story.

(5) Write to learn more, stay on the story. There is something to be said for persistence. Hersh would stay on a story for as long as he needed. He would write short articles, which would shake the trees and draw in more sources -- some family member who wanted to say something, some government official (including elected officials) who wanted Hersh to know something. He was not in a hurry to put out his final story. There would be time for that. Journalism, for Hersh, was a process, not about the creation of a product.

Related Topic(s): Journalism; Questions; Seymour Hersh, Add Tags
Add to My Group(s)
Go To Commenting
The views expressed herein are the sole responsibility of the author and do not necessarily reflect those of this website or its editors.