"The future existence of the middle-class hinges on whether we reverse the trends of growing racial economic inequality." 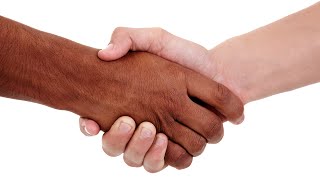 America is heading toward "a racial and economic apartheid state." As the country becomes more diverse, today's wealth gaps between whites and non-whites are poised to grow unless government policies helping people build personal wealth are reformed.

That is the takeaway from a dramatic new report, "The Road to Zero Wealth," co-authored by the Institute for Policy Studies and Prosperity Now. It finds America's racial wealth gap is larger than thought and deepening. Ironically, the report comes as working-class whites who feel economically adrift helped elect a president and Congress to prioritize their community -- as opposed to reviving everyone in a sinking middle class.

"We don't know how to make sense of the two stories happening at the same time," said Chuck Collins, director of the Program on Inequality at the Institute for Policy Studies, and one of the report's four co-authors. "One is overall inequality, which is happening to the bottom half of wage earners [including whites]. And then there's the story of the legacy of racism and wealth and asset building, which is a longer story going back centuries. Both these things exist at the same time."

"We're missing the ways in which the overall inequalities that are affecting a lot of white working-class people are supercharging these racial wealth divides," Collins continued. "So you have a white working class that legitimately feels like they have been betrayed or left behind, and they can't hear the story of the racial dimensions of this because they are feeling their own pain. So how do we recognize that those two stories exist and they are intertwined and connected? And a lot of times, the solutions would be good for everyone who has been left out -- free education would be a good thing; raising the minimum wage would help all kinds of low-wage workers."

The report tells a stark story by using a new way to measure personal wealth -- it doesn't count assets that fall in value like cars and household appliances.

"A disproportionate share of the nation's wealth is held in white hands, while households of color own a shrinking slice of the proverbial pie," it says. "Today, this translates into a racial wealth divide in which the median net worth of black and Latino families stands at just $11,000 and $14,000, respectively -- a fraction of the $134,000 owned by the median white family. Even more disturbing is that when consumer durable goods such as automobiles, electronics and furniture are subtracted, median wealth for black and Latino families drops to $1,700 and $2,000, respectively, compared to $116,800 for white households."

The authors project forward, to the years of the next presidential election, and further down the line to the early 2040s, when non-whites will become the majority of the country's population. Looking to the near future, the racial wealth gap is poised to grow.

"By 2020, if current trends continue as they have been, black and Latino households at the median are on track to see their wealth decline by 17% and 12% from where they respectively stood in 2013," the report said. "By then, median white households would see their wealth rise by an additional three percent over today's levels. In other words, at a time when it's projected that children of color will make up most of children in the country, median white households are on track to own 86 and 68 times more wealth, respectively, than black and Latino households....

"Current trends suggest that by 2024, median black household wealth will have declined by a total of about 30% from where it stands today," the report continued. "In that same timeframe, the median Latino family can expect to see their net worth decline by a total of 20% over today's levels. By then, median white household wealth will have increased by about five percent over today's levels."

There are many reasons why this is happening. Going back nearly 75 years, the federal government prioritized policies favoring home ownership for whites but not for non-whites. One example from the post-World War II years is the government would not make home loans to black veterans. That policy, and others, such as making mortgage interest rates tax deductible, gave an edge to families with a higher foothold on the economic ladder.

However, the election of President Trump and the GOP Congress is deepening these long-simmering structural factors because the administration is shifting resources up the economic ladder or removing protections that kept lower- and middle-class people from slipping down.

"The racial wealth divide is not a new phenomenon, nor can a single presidential administration or other policy-making body expect to ameliorate the racial wealth divide overnight," the report says. "However, since the inauguration of President Trump in early 2017, two phenomena give cause for concern that the trends of the past 30 years might become even more pronounced in the near future. First, less attention has been paid to the growing racial wealth divide compared to previous administrations. Second and more alarmingly, there have been a bevy of policies proposed or championed by President Trump -- from healthcare to immigration to housing and financial services reform -- that would inevitably and exponentially exacerbate racial wealth inequality."

The report poignantly notes that the reasons for inequality in America have little to do with the work ethic espoused by the political right.

Steven Rosenfeld  covers democracy issues for AlterNet. He is a longtime print and broadcast journalist and has reported for National Public Radio, Monitor Radio, Marketplace,  TomPaine.com  and many newspapers. (more...)
Related Topic(s): Inequality; Middle Class; Racial Discrimination; Racial Profiling; Wealth Inequality, Add Tags
Add to My Group(s)
Go To Commenting
The views expressed herein are the sole responsibility of the author and do not necessarily reflect those of this website or its editors.