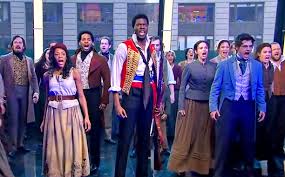 I've participated in two unrelated Zoom groups in the past couple of weeks where the same pair of probing questions were asked: What's Really Happening? And What about looting?

One group was composed of contributors to OpEdNews (OEN) itself. The other was a "Mindfulness Dialog" meeting in my local faith community, the Talmadge Hill Community Church here in Westport Connecticut.

Of course, the shared questions were prompted by the COVID-19 pandemic in conjunction with the general uprising throughout the country (and world) incited by the brutal police murder of yet another unarmed African American, George Floyd.

In the OEN meeting, the spirit behind the discussion searched for invisible powers (perhaps Deep State?) that have us all under house arrest and why? Who's benefitting from all this was the underlying theme. Cui bono? And why the general rebellion on a scale that Americans haven't seen since 1968?

My church group took another tack. There, the questions became what is Life Itself teaching us by the whole process - the pandemic, the uprising, and the violence? What is the Great Inter-Being that some of us call "God" asking us to learn and transform?

As I see it, the framings of both meetings were inseparable. It's true that Mother Inter-Being is teaching us something. But she's also calling us to think critically and structurally precisely about what bell hooks has described as the "white supremacist capitalist imperialist patriarchy." That whole interlocking system is firmly based on violence and looting on a gargantuan scale that makes burning buildings and flaming police vehicles insignificant by comparison.

Begin with the pandemic. As seen by my church group (and by OEN Managing Editor, Meryl Ann Butler) it's a virus and accordingly represents an indispensable part of the evolutionary process directly related to life's fundamental progressions.

This virus' name is "corona," the Latin word for crown. In metaphysical perspective, its message is therefore addressed to our minds where the crown of humanity currently lies so uneasily. "Corona" is also connected with the heart, as in the adjective "coronary." In this perspective then, the message of the Great Cosmic Mother is addressed to both heart and mind.

And what might she be communicating at such profound levels? Could it be that the way of life we post-moderns have chosen remains at odds with those she has established? That wouldn't be surprising, given that it's consistent with the Natural World's other insistent warnings that humans have chosen largely to ignore. These include human-induced climate chaos, droughts, floods, devastating forest conflagrations, rising sea levels, species extinctions, vanishing topsoil, waste disposal problems, atmospheric pollution, and the human suffering associated with each of those elements. Supported by climate scientists across the planet, desperate Cassandras of every stripe - from Pope Francis and the Dalai Lama to Greta Thunberg - have foretold inevitable disaster.

Now it's happening. The difference this time is that the coronavirus has secured the attention of the entire world all at the same time! Unmistakably, we're all being told again that the dominant civilization is on the wrong evolutionary track.

That consciousness had already sunk in across the world well before the advent of COVID-19. Remember, it was entirely in flames at the conclusion of 2019.

Recall the inferno of rebellion. Demonstrations and street riots had erupted in Hong Kong, Warsaw, Budapest, Istanbul and Moscow. Angry masses protested in Pakistan, Indonesia, Saudi Arabia and Lebanon. Similar phenomena surfaced in Venezuela, Ecuador, Mexico, and Bolivia. Then there were the Yellow Vests in France, and Brexit in Great Britain, and recurring protests in Greece. The list of hot spots also included Algeria, Argentina, Egypt, Haiti, Puerto Rico, Iraq, and Afghanistan.

Related Topic(s): America; American Capitalism; American Revolutionary War; Coronavirus; Lockdown; Neo-liberal; Pandemic; Police; Protestors; Rebellion; (more...) Riots, Add Tags  (less...)
Add to My Group(s)
Go To Commenting
The views expressed herein are the sole responsibility of the author and do not necessarily reflect those of this website or its editors.