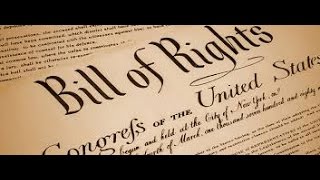 American exceptionalism -- the notion that the United States is unique among nations due to its traditions of democracy and liberty -- has always been the foundation of the nation's claim to moral leadership. As a country founded on ideals that are today are recognized the world over as fundamental principles of international norms, the U.S. utilizes its image as a human rights champion to rally nations to its cause and assert its hegemony around the world.

Regardless of political persuasion, Americans proudly cite the influence that the founding principles laid out in the Declaration of Independence and the Bill of Rights have had on the rest of the world, with 80 percent agreeing that "the United States' history and its Constitution ... makes it the greatest country in the world" in a 2010 Gallup poll. Respecting these principles on the international level has long been considered a requisite for U.S. credibility and leadership on the global stage.

Much of this sentiment is an enduring testament to U.S. leadership following World War II, a period in which international legal principles of human rights and non-aggression were established, as well as the four decades of the Cold War, in which the "free world," led by the United States, faced off against "totalitarian communism," led by the Soviet Union.

During those years of open hostility between East and West, the U.S. could point not only to its founding documents as proof of its commitment to universal principles of freedom and individual dignity, but also to the central role it played in shaping the Charter of the United Nations and the Universal Declaration of Human Rights.

While the U.S. didn't fully assume its position as moral arbiter until after the Allied victory in World War II, its role in these matters had already been well-established with Woodrow Wilson's professed internationalism. As expressed in his famous "Fourteen Points," which sought to establish a rationale for U.S. intervention in the First World War, the United States would press to establish an international system based on "open covenants of peace, openly arrived at, after which there shall be no private international understandings of any kind but diplomacy shall proceed always frankly and in the public view."

Wilson had seen the First World War as evidence that the old international system established by the Europeans had failed to provide necessary security and stability, and sought to replace the old diplomacy with one based on cooperation, communication, liberalism and democracy.

Speaking on this issue throughout his presidency, he consistently advocated human rights and principles of self-determination.

"Do you never stop to reflect just what it is that America stands for?" Wilson asked in 1916. "If she stands for one thing more than another, it is for the sovereignty of self-governing peoples, and her example, her assistance, her encouragement, has thrilled two continents in this Western World with all the fine impulses which have built up human liberty on both sides of the water."

These principles were expanded upon by subsequent American administrations, and especially by President Franklin Delano Roosevelt. In his January 1941 State of the Union address, Roosevelt spelled out what he called "the Four Freedoms," which later became the foundation for the Universal Declaration of Human Rights.

"In the future days," he said, "which we seek to make secure, we look forward to a world founded upon four essential human freedoms."

Following the Allied victory over the Axis powers, FDR's widow Eleanor Roosevelt took her late husband's vision and attempted to make it a reality for the world through the Universal Declaration of Human Rights. Chairing the Commission on Human Rights, a standing body of the United Nations constituted to undertake the work of preparing what was originally conceived as an International Bill of Rights, Eleanor Roosevelt pushed to ensure that FDR's "four freedoms" were reflected in the document.

Under Roosevelt's leadership, the Commission decided that the declaration should be a brief and inspirational document accessible by common people, and envisioned it to serve as the foundation for the remainder of an international bill of human rights. It thus avoided the more difficult problems that had to be addressed when the binding treaty came up for consideration, namely what role the state should have in enforcing rights within its territory, and whether the mode of enforcing civil and political rights should be different from that for economic and social rights.

Related Topic(s): Discrimination; Human Rights; NAACP; Racism; Rights Denied; Students, Add Tags
Add to My Group(s)
Go To Commenting
The views expressed herein are the sole responsibility of the author and do not necessarily reflect those of this website or its editors.