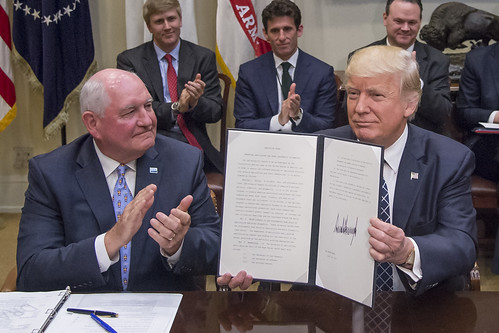 As we are all experiencing, every day there's some new shock from the Trump-Pence administration. Much of it is disgraceful. Yet we cannot let the tragedy of Donald Trump's presidency distract us from the broader fight to restore and protect the legitimacy of our democracy.

That legitimacy comes from the voters, and their influence is being systematically devalued by gerrymandering. A bedrock of our democratic legitimacy could rise or fall with the US supreme court's decision as to whether to hear a case and finally rule on the constitutionality of hyper-partisan gerrymandering.

The court recently reaffirmed the illegality of racial gerrymandering in the case of North Carolina. But to protect fully our democratic legitimacy, the court must go further and prohibit gerrymandering done to cement one-party rule.

Over the past several years, a ground war has been conducted against our democratic legitimacy at the state level by state political parties intent on minimizing the power of certain voters. Their goal: near permanent one-party rule.

Locking in a Republican majority in Wisconsin took some real creativity, and utter disregard for what makes our democracy legitimate. Democratic and Republican voters are not generally clustered into partisan areas of Wisconsin, but more spread out across the state.

The supreme court has never before ruled a state's redistricting plan unconstitutional because of partisan gerrymandering. While the court is often loathe to overturn its own precedent, it has done so in the past when our country has learned hard lessons from its own history. "Separate but equal" is a prime example. This may seem like a hyperbolic comparison, but it is less so when you consider the motives behind and impact of gerrymandering.

Related Topic(s): Democracy; Gerrymandering; Republican; US Supreme Court; Unconstitutional, Add Tags
Add to My Group(s)
Go To Commenting
The views expressed herein are the sole responsibility of the author and do not necessarily reflect those of this website or its editors.