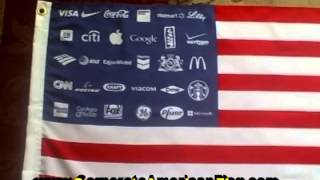 Think about this: Democracy in America, even our so called democracy, could/would be effective if the people were:

Properly informed, not propagandized and indoctrinated and made fearful

Educated to think critically to seek the truth

Skeptical of government, what they say, why they say it, its policies and actions

Have the MSM be owned by the people to inform-not misinform-the people, to serve the peoples interests and not the big corporate interests that own and control all the MSM in America.

Then serious problems and issues could be dealt with i.e. climate change, infrastructure in disrepair, fracking halted, high speed rail introduced, break up the big banks, single payer Medicare for all health care legislation be enacted, ending our wars by stopping the funding. None of this can happen the way our "democracy" currently functions.

That's because we don't have democracy in the US. We have a plutocracy, government of, by and for the rich and big corporate interests. They dictate who runs for office, gets elected so their interests are taken care of by the sycophants they underwrite. And why none of the above is seriously addressed.

There is no real difference between the Democrat and Republican parties. Both are beholden to the big moneyed interests. Both Democrat and Republican National Committees control the debate process. At one time the League of Women Voters controlled the presidential debates but they backed out when the National Committees insisted the debates be limited restricting 3rd party candidates from participating.

The people are not well informed with a MSM owned by the big corporate interests which misinforms the people and is nothing more than an unofficial organ of the state.

Public education has descended into making good consumers of their charges, not educating them to think critically. That was the intent of a liberal arts education. Yet that seems overtaken in favor of teaching for test taking.

As for the peoples interests. They're mostly given lip service by those elected. Dissembling replaces straight talk which now is clearly evidenced by the latest "tax reform" package making its way through Congress which the buffoon in the White House will sign before the Christmas break saying it'll provide new jobs. Sounds like "trickle down economics" without saying as much.

Retired. The author of "DECEIT AND EXCESS IN AMERICA, HOW THE MONEYED INTERESTS HAVE STOLEN AMERICA AND HOW WE CAN GET IT BACK", Authorhouse, 2009
Related Topic(s): America; American Capitalism; American Culture; American Education; American Hypocrisy; American Schools; Democracy; Dollar; Laws; Money; (more...) Reform, Add Tags  (less...)
Add to My Group(s)
Go To Commenting
The views expressed herein are the sole responsibility of the author and do not necessarily reflect those of this website or its editors.