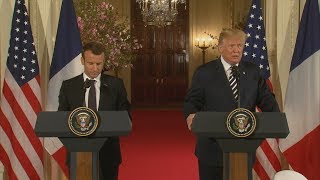 There was controversy about it, but the Inuit famously and really do have at least 50 words for snow. The Scots have 241!

The Sami people of northern Scandinavia and Russia use more than 1,000 words for reindeer.

Sanskrit, the language of the Kama Sutra, offers 267 words for love.

Languages tend to evolve to reflect the cultural and practical priorities of the societies that speak them.

This linguistic truism came to mind recently when, as part of research for one of my cartoons, I turned to Google Translate in search of a French translation for the English word "geek." There wasn't one. Nor in Spanish. All the Romance languages came up short; Google suggested "disadattato" in Italian, but that's different -- it means "misfit," or "a person who is poorly adapted to a situation or environment."

A "geek" -- "a person often of an intellectual bent who is disliked," according to Merriam-Webster -- is decidedly distinct from a misfit.

You can tell a lot about a culture from its language. I had stumbled across a revealing peculiarity about American English: we insult people for being intelligent.

That's not true about most of the rest of the world.

At least among Western cultures and compared to many others, we Americans enjoy the dubious distinction of having a high degree of linguistic diversity when it comes to mocking the smart and the educated (who, I can attest as the expellee-cum-graduate of an Ivy League school, are not always the same).

You have to journey far away from the areas dominated by the Indo-European language group in order to find direct equivalents of words like "nerd." On the other hand, languages like French are extremely rich in insults for stupid people: "bête comme ses pieds," or "dumb as hell," literally means "as stupid as his/her feet." Apparently this derives from the fact that feet are the body part furthest away from your brain. More zoologically, "blaireau" (badger) refers to an idiot.

When you think about it -- which, being American, we rarely do -- it should come as little surprise to realize that few insults sting the French more effectively than being called stupid. France, after all, is a country with a 385-year-old parliamentary body composed of academics and other notables who rule on the usages, vocabulary and grammar of the national language, the Academie Française, and where one of the most popular television programs in history featured intellectual authors smoking like chimneys as they ruminated over the cultural and political controversies of the day, "Apostrophes." After food and wine, the French worship the life of the mind.

The United States, on the other hand, elected Donald "Celebrity Apprentice" Trump over Hillary "I Have a 12-Point Plan" Clinton.

Related Topic(s): American Exceptionalism; France; Insults; Language; Peoples Choice, Add Tags
Add to My Group(s)
Go To Commenting
The views expressed herein are the sole responsibility of the author and do not necessarily reflect those of this website or its editors.