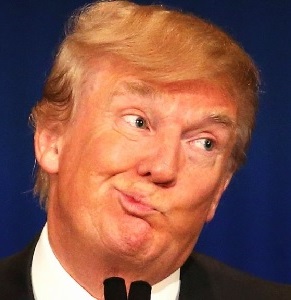 No one seriously expected the Senate to flip, because Democrats had to defend 26 seats in that chamber, compared with only nine held by Republicans.

The real battleground was the House, where Democrats had to achieve a net gain of 23 seats to get the 218 needed for a majority.

Trump wasn't on the ballot but he made the election into a referendum on himself.

So Americans turned against House Republicans, who should have acted as a check on him but did nothing -- in many cases magnifying his vileness.

The nation has repudiated Trump, but do not believe for a moment that our national nightmare is over.

Trump still occupies the White House and in all likelihood will be there for two more years.

The Republican Party remains in control of the Senate.

The American people will be subject to more of Trump's lies and hate, as amplified by Senate Republicans and Fox News.

Trump can be expected to scapegoat House Democrats for anything that goes wrong. American politics will almost certainly become even meaner, coarser, and uglier. We will remain deeply and angrily divided.

Most worrisome, America still won't respond to real threats that continue to grow, which Trump and his enablers have worsened -- climate change; the suppression of votes, and foreign intrusions into our elections; the most expensive and least efficient healthcare system in the world; and, not least, widening inequalities of income, wealth, and political power.

America will eventually overcome and reverse Trumpism. The harder challenge will be to reverse the reasons Trump and his Republican lapdogs gained power in the first place.

Related Topic(s): American Capitalism; American_Apartheid; Democrats; Economic; Politics; Republican; Trumpism, Add Tags
Add to My Group(s)
Go To Commenting
The views expressed herein are the sole responsibility of the author and do not necessarily reflect those of this website or its editors.