As many legislatures adjourn, few improve their recount and audit laws 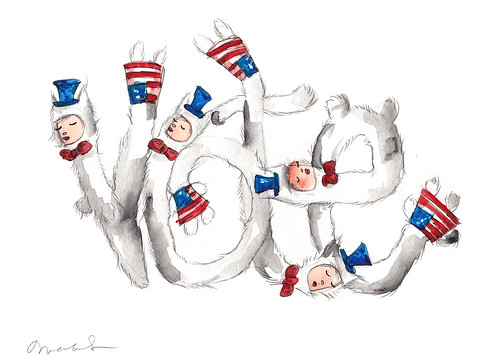 As 2020's elections edge closer, recent troubling developments are casting new light on an old question -- what will it take for the results to be trusted?

The emergence of powerful forms of online political propaganda, the absence of progress in 2019 state legislatures on improving audits and recounts, and new revelations about the extent of Russian hacking in 2016 -- accessing more election administration details than previously reported -- all point to the same bottom line: what evidence can be presented to a polarized electorate to legitimize the results?

To be fair, some policy experts who network with senior election officials -- who have authority to order more thorough vote-verification steps without new legislation -- say there is still time to act. But as 2020 gets closer, there are fewer opportunities to do so.

The question of what additional proactive steps could be a public trust counterweight is not theoretical. There are many signs that 2020 will be very fractious, starting with the emergence of new forms of political propaganda. The latest is doctored videos, such as one recently of House Speaker Nancy Pelosi -- slurring her words -- that drew millions of views, or another video mocking ex-Vice President Joe Biden after announcing his candidacy that President Trump tweeted. An emerging norm, where seeing is not necessarily believable, underscores the need for vote count evidence trails.

The latest revelations about Russian hacking in 2016 concern different issues, but point to a similar conclusion: that, arguably, more could or should be done at the process's finish line to legitimize outcomes. In Florida, however, the full impact of Russian meddling has not been investigated by state or federal officials, according to Ion Sancho, who recently retired after nearly three decades as Supervisor of Elections in Leon County, where Tallahassee is located.

Russian hacking is back in the news, in part, because it poses questions about 2020 readiness. The Mueller report said that election administration computers in "at least one Florida county government" had been hacked, and the FBI later said that two unnamed counties had been breached. The accessed data included all the Election Day logistics, from poll workers to payrolls, as well as voter registration data, Sancho said.

"To me, all this says is at the front end, we fail, and we cannot presume to know that any mitigation has been successful, which puts the onus on auditing [the reported results]," Sancho said. "The issue is Florida is not protected because we do not verify our totals on the machines through any kind of an audit that is reliable."

"This Russian intervention should push all election officials to say, 'We've got to audit now,'" he continued. "We've got to verify that those... votes are correct and assume that there could be something that happened at the front end, so now you need to ensure the process [is legitimate] by making sure that the paper ballots are properly audited. That's the only solution I can see."

To be fair, many states and counties have been collaborating with the U.S. Department of Homeland Security to block hackers. Those efforts have been followed by statements that voting infrastructure is better protected than ever, and the "No. 1 threat is around public confidence in the process," as DHS's top election expert Matt Masterson has said.

While there have been no government disclosures of successful hacks after 2016's breaches, election officials say that voting systems are routinely targeted. Stepping back, however, it's notable that cyber-security has commanded more attention than other steps that could boost public assurance that election results will be accurate -- or more aggressively double-checked.

In many states, 2019's legislative sessions are now over. Odd-numbered years are when states fine-tune election laws and protocols -- as it is between federal cycles and there is time to implement changes. However, 2019 has seen scant legislation to make counting votes more transparent and rigorous, especially in swing states.

Steven Rosenfeld  covers democracy issues for AlterNet. He is a longtime print and broadcast journalist and has reported for National Public Radio, Monitor Radio, Marketplace,  TomPaine.com  and many newspapers. (more...)
Related Topic(s): American History; Election Security Voting; Election-Voting Issues; Elections And Campaigns, Add Tags
Add to My Group(s)
Go To Commenting
The views expressed herein are the sole responsibility of the author and do not necessarily reflect those of this website or its editors.