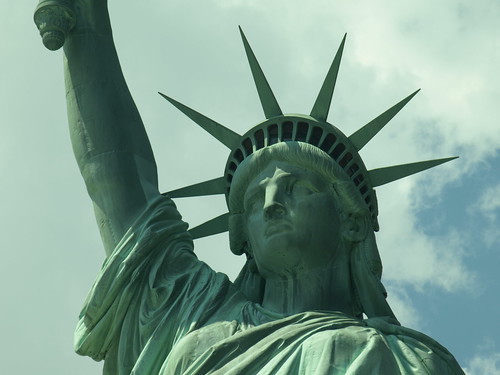 It is an epic paradox that President Donald Trump, like previous US presidents, boasts of America's military supremacy and its vital role as defender of the nation.

The Trump administration in its first year in office boosted the annual military budget to $700 billion, up from an already gargantuan average figure of some $600 billion a year. Trump said the colossal military spend was a vital necessity to maintain America's national security and global leadership.

The paradox is that this monstrous misallocation of economic resources on an institution supposedly keeping the nation safe from foreign threats is actually posing the biggest national security threat to America.

Forget purported foreign enemies, such as Russia and China, Iran or North Korea. It is the American defense industry and its grotesque warping of national priorities which are undermining US society and its global power.

Trump has taken to citing alleged unfair trading relations with China, Canada and European allies as a "national security threat." The same depiction of national security is used to frame Washington's controversial zero-tolerance towards immigrant families crossing the Mexican border.

These issues of alleged national security pale into insignificance when compared with the disastrous impact of America's militarized economy on US society.

American Professor of Politics Colin Cavell says the cumulative extravagance of the US military decade after decade is a major factor in why the country's total debt has now exceeded $20 trillion. The bitter irony is that the indebted nation -- by far the world's biggest debtor -- is then a cause for fiscal hawks in Trump's Republican party to demand brutal cuts to public spending and investment.

In an interview for this column, Cavell commented: "This military debt is crushing the American worker, as it provides fodder for Republican lawmakers to cut back on healthcare, housing, education, roads, bridges, and other infrastructural projects, thus undermining job creation, reducing wages, and increasing taxes to pay off the debt."

Official figures show that social inequality and poverty in the US has hit record levels, with some 40 million households, or nearly half the entire population, now rated as poor.

America's pandemic poverty is integral with the retrenchment in federal public spending and social investment. That in turn is correlated with the titanic allocation of economic resources to the defense industry. Ultimately, ordinary Americans are paying for their own immiseration by bearing in countless indirect ways the onerous costs of military largesse.

How is such a self-defeating policy possible? As Professor Cavell notes, there is a vicious cycle at work. That cycle can only be broken by a thorough democratization of the economy and by American citizens waking up from propaganda myths about the supposed virtues of US militarism and the supposed evil of foreign enemies.

He says there is a very powerful cabal of vested interests benefiting from what he calls a "military racket," echoing the classic anti-war book by American Major General Smedley Butler published in the 1930s, decrying "War is a Racket."

Cavell remarked: "The military spending bodes well for American capitalists, especially those who supply arms, weaponry, uniforms, guns, planes, drones, rations, mercenaries, logistics, and so on, as well as those who loan money to the US government and receive usurious interest payments on the $20 trillion national debt."

Related Topic(s): America Culture Of Violence; American Facism; American Foreign Policy; Capitalism; Economy; Militarism; Unemployment; Wars, Add Tags
Add to My Group(s)
Go To Commenting
The views expressed herein are the sole responsibility of the author and do not necessarily reflect those of this website or its editors.