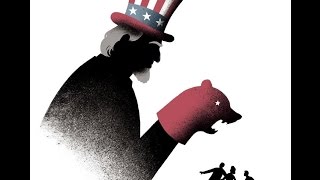 In the Western world, day-by-day, the domain of truth shrinks as does the ability to challenge official explanations. A number of alternative media Internet sites have lost their YouTube platforms, and Twitter is censoring what can be posted and preventing access to accounts. Google makes truth-tellers harder to find. All the while official organizations, such as the Atlantic Council and the print and TV presstitutes continue to lie through their teeth.

For example, in the face of complete and total evidence that the Russiagate claims are false that the Russian government hacked computers and helped Trump steal the presidential election, the false and orchestrated charge continues to be repeated as if it were proven fact, and the presstitutes continue to call for President Trump's impeachment.

In other words, truth is of no consequence. Regardless, you will not be told the truth by the print and TV media and by large swaths of the Internet media. I doubt that it is any longer possible for the presstitutes to even recognize, much less tell, the truth, because they are in service to material interests and ideologies.

I remember when Americans were free people. This is no longer the case. The prison in which Americans live is not a physical one with bars, although many Americans including innocent ones do live behind physical bars. It is an informational prison achieved by control over the explanations that Americans are given. Over my lifetime I have observed that official propaganda has become more successful with the passage of time. My generation was educated at a time when truth was still respected, when facts mattered, when integrity was valued, when "victim groups" had not been created and taught that they had a right to be shielded from "insensitive" words, concepts and facts, when "political correctness" and "Identity Politics" did not exist. Arguments and public debate could not be shut down with the charges that it was offensive, racist, sexist, homophobic, white supremacist. Dogmatism was not shielded by the claim that it is insensitive to cause a person in a protected category to confront the validity of their beliefs. In my generation's day, the struggle was to expand free speech, not shut it down as has occurred today even in academic institutions. Indeed, Identity Politics is in the process of banning free speech as insensitive and as a means of white supremacist control.

I remember when the police were not permitted to brutalize citizens and to shoot them down without cause on the streets and in their homes. I remember when a reasoned position was more highly regarded than an emotional one. I remember when children could go out and play unsupervised without parents being arrested for child neglect. I remember when history was what happened, not a story in service to some ideological or material interest. I remember so much that those born into the current system have never experienced and know nothing about. Perhaps one day I will face the excruciating sadness of writing about witnessing the complete destruction of my country during my lifetime.

I have no agenda. All I am offering is the truth.

Related Topic(s): Corporation Google; Internet; Politics; Presstitutes; Propaganda; Russiagate; Truth; Twitter; Youtube, Add Tags
Add to My Group(s)
Go To Commenting
The views expressed herein are the sole responsibility of the author and do not necessarily reflect those of this website or its editors.