Note: This is my column in the latest edition of CounterPunch print magazine 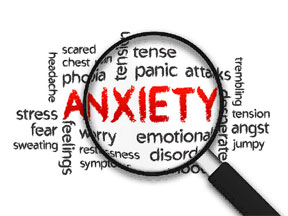 The title of one of Christopher Logue's multi-volume reworkings of Homer's Iliad stands as the perfect encapsulation of our age: All-Day Permanent Red. We live in a time when the collective amygdala has been stoked into overdrive, sending messages of blank, blind fear that overwhelm the centers of reason, empathy and openness in our brains, propelling us into a state of inchoate anxiety that seeks release in tropes of extremist certainty and spasms of violence -- active, verbal or vicarious.

This natural human propensity -- which has waxed and waned in various forms over the centuries -- has been magnified to the nth degree by the moral and psychological disfigurements of the Terror War. Today we also have the curse of 24/7 corporate news channels and the sleepless howling of the internet to batter the mind with an unending series of "urgent" dangers to our lives, our beliefs, our identities. This produces both a threat to tribal identities (political, religious, ethnic, racial, etc.), and a constant reinforcement of them -- identities which we can see hardening across the spectrum in virtually every nation and culture.

A great deal of this is done deliberately. There are enormous profits and much power to be gained from war and rumors of war, from the militarization of society (including the police forces), and from the incessant stoking of fear at home and abroad. It is scarcely a secret that the United States has turned itself into a nation whose economic and political structures are now dependent on a globe-straddling system of military and economic domination. Over the past century, America's ruling elite have come to believe that the United States can only survive through domination, through the constant expansion of American hegemony across the earth, like a Great White shark unable to stop moving and devouring. And as we have seen over the decades, our elites are willing to kill an inordinate amount of human beings to prove their own noble commitment to the betterment of humanity. They are even willing to flirt with world-destroying nuclear war -- as Obama is doing now with his genuinely insane policy of military brinkmanship with Russia -- to keep the hegemonic shark in motion.

Deliberate, yes; but it is not -- always -- done cynically. Would to god that it were; a Machiavellian cynic might possibly pull back in time if they saw that their clever fearmongering gambit was drifting too close to catastrophe. But one of the main problems we face in the world today, especially in America, is this: elites who believe their own bullshit.

This is the only thing that accounts for much of American foreign policy at the moment (and for many years previously). They actually believe in "exceptionalism," they believe the United States must dominate the world, that it is our solemn duty to bear this heavy burden and bring American values to all peoples. Not because we are perfect -- lord knows, we have many problems and failings of our own! -- but because the American way just happens to be better than all the others, the only path to true freedom and fulfillment. Who would not want that? Who would not be a Roman, if the Empire opened its arms to you? Only the savage, the ignorant and the evil.

This is the thesis -- the doctrine, the gospel -- preached by such quintessential imperial courtiers as Robert Kagan, who has been summoned to the White House to tutor Barack Obama on waging endless war for civilization, as Thomas Meaney reports in a recent London Review of Books. Kagan, as we all know, is a neocon's neocon, one of the "intellectual" godfathers of the Iraq War crime. He is now marshaling support from his fellow extremists for Hillary Clinton. Kagan's wife, Victoria Nuland, is already one of Clinton's closest aides, and rode shotgun on the coup that opened up Ukraine to penetration by U.S military forces and corporate interests. She might well be the next secretary of state. We're about to see Washington double down on the reckless horror of its Terror War.

Fear is the best, perhaps only tactic that could drive a nation into supporting such a berserk, extremist system. And in the techno-corporate bubble in which we all now live and move and have our being, there is no escaping the imperial amygdala as it fires its malevolent electrics into our brains. Our leaders use fear, to be sure; but I think most of them have been captured by it as well. They feel the fear they help foment -- not least because it justifies their murderous actions in their own eyes. This collective madness -- theirs and ours -- feeds on itself in a frenzied positive feedback loop that in the end becomes self-sustaining, obsessive, unstoppable.

To exist in a state of permanent emergency is a kind of living death, where there can be no true progress, no true connection, no full engagement with reality; where there are only the howls of baseless, overblown fear and the agitated, aggressive attempts to dispel this painful anxiety somehow.

This is the hell we are bequeathing to our children. We can only hope they find a way to save themselves, and us, from its horror.

Related Topic(s): Death Threats; Domination; Neocons; Perpetual War, Add Tags
Add to My Group(s)
Go To Commenting
The views expressed herein are the sole responsibility of the author and do not necessarily reflect those of this website or its editors.