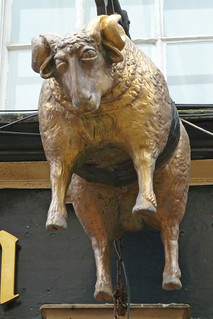 Remember the ancient Greek legend of Jason and the Golden Fleece, originating nearly three thousand years ago? It seems that Jason, head of the Argonauts, has the hots for one Medea. Her father King Pelios is less than enthusiastic about the courtship and sets some impossible tasks for Jason, culminating in the kingly demand that Jason secure the mythical Golden Fleece, guarded by a dragon in a mythical land. In one version of the legend, Jason not only secures the Golden Fleece and the girl -- but also a throne-of-his-own, a happy ending indeed.

Fast forwarding to the Greece of today, Greek Prime Minister Alexis Tsipras and his so-called National Referendum have achieved the modern equivalent of Jason and his victory, by manipulating an overwhelming NO VOTE on the European proposals that Greece pull in its collective belt and change its collective profligate ways in exchange for one more financial bailout. Thus, P.M. Alexis has secured the Golden Fleecing of Europe, and the European Union in particular.
Responsible nations, like responsible people, pay their valid debts, and do not take on more debt than they can handle. For decades now, the nation of Greece has failed to act responsibly, knowing that the European Union (of which Greece is a member) gravely fears that a debt default by Greece will lead to the exit of that nation from the Euro currency, possibly leading to other nations which default and exit the Euro in turn, and conceivably even the end of the EU itself.
The spectacle of the leading world economic alliance, with a combined population of some half a billion people and a combined Gross Domestic Product considerably larger than that of the United States, being cowed by Greece with its small economy and population, would be ludicrous were it not being taken so seriously. Here in Europe, where we spend many months each year, even the tiniest development regarding the Greek Crisis, as it is termed, is a major news story. Besides the real developments, there are the speculations, i.e. that the Russia of Vladimir Putin will extend credit to Greece in an economic takeover attempt; that there will be another exodus of refugees but from Greece this time, etc.
Ironically, while Greece and P.M. Alexis remain in the spotlight, and while that nation crows over its defiance of the forces of the European Union, its Central Bank, and its pressure tactics by more-powerful nations such as Germany, there are nearly-as-serious economic problems and issues in Brazil, Turkey, Italy, and even China. Closer to home, the United States protectorate (whatever that means) of Puerto Rico has already announced that its economy is bankrupt.
Each of these cases is different, and each must be handled differently. In the case of Greece, the most feasible way of handling the situation is to Let Greece Go Its Own Way. The Greek people have had their referendum, even if it was not widely understood, and the Greek government has made clear that new austerity policies are unacceptable. P.M. Alexis Tsipras has made clear that Greece will not be pushed around by the European Union, or anyone else for that matter. The EU should let him have his way.
The essence of Greek Tragedy as a literary form is that every player acts according to his own nature, in the only manner consistent with that nature, for better or for worse. Nobody really knows definitively just what would be better or worse for Greece at this time -- but even if matters turn out poorly for Greece, and poorly for Europe, so be it. The Greek Tail should not be allowed to wag the European Dog. A Golden Fleecing is not more welcome today than in the past, nor is it any more justified.

Related Topic(s): Alexis Tsipras; Alexis Tsipris; Austerity; Bailout; Crisis; Debt; Default; Economic; Economy; Euro; (more...) Financial; Perspective; Policies; Referendum, Add Tags  (less...)
Add to My Group(s)
Go To Commenting
The views expressed herein are the sole responsibility of the author and do not necessarily reflect those of this website or its editors.