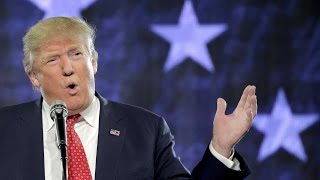 20+ white men in Alabama with little understanding of the human reproductive process (re-planting ectopic pregnancies?) decided this week to strip ovulating females of any age of their rights over their own bodies. As soon as the total abortion ban takes place, it's conceivable that a 5th grader raped by her grandfather would be forced to carry and deliver the baby. Because that's what Jesus wants.

It's not much better in neighboring Georgia, where the "heartbeat" bill bans abortion after six weeks. Similar laws have passed in Ohio and Missouri and even more are in various stages along the legislative path in a half-dozen other states.

Clearly, there is the belief among the Christian Right activists that the Kavanaugh Supreme Court appointment signals their best chance to overturn Roe v. Wade.

This movement has been embraced by our porn-and Playboy star-loving, thrice married con-man President, who now gives speeches about how live, healthy, full-term babies are swaddled in hospital delivery rooms while doctors and mothers have a little conversation about whether or not to murder the baby. He repeats this appalling bullsh*t all the time, with little or no blow-back.

If this is the fight the Republicans want, they are going to get it. Maybe they don't realize it, but women vote. And women voted in the 2018 Midterms a LOT, and a LOT of women got elected locally and nationally. And 80% of Americans of both genders believe abortion should be legal, even if they wouldn't choose one for themselves. Which is their right. These (mostly white male) Luddites are going to drive women to the polls to vote them out...that is, if we have free and fair elections in 2020, which is a going concern.

In other news The Trump Crime Family is attempting a doomed effort to install a "merit" immigration system that ignores Dreamers and gives "smart or skilled people" priority citizenship. Because the unskilled workers have no merit, it seems. That would of course make the Trump Family itself ready for deportation back to Germany with the other irrelevant Nazis. What happens the the 11 million already in-line and waiting for their green cards? Who knows he doesn't care?

What happened to the national emergency, anyway? And the demands that taxpayers fund the WALL Mexico was going to pay for? Just another load of steaming ca ca from the Con-man.

And podcast subscribers -- look for a weekend bonus show by Sunday!

Kathy never expected a career in radio as a talk show producer. Born and raised in Atlanta, Georgia, Kathy was completing her nursing degree when in 2001 - in an emergency - she was asked to fill in as the producer of Mike's program. Within a few (more...)
Related Topic(s): Abortion; Alabama Corruption; Babies; Immigration; Mothers; Republican, Add Tags
Add to My Group(s)
Go To Commenting
The views expressed herein are the sole responsibility of the author and do not necessarily reflect those of this website or its editors.