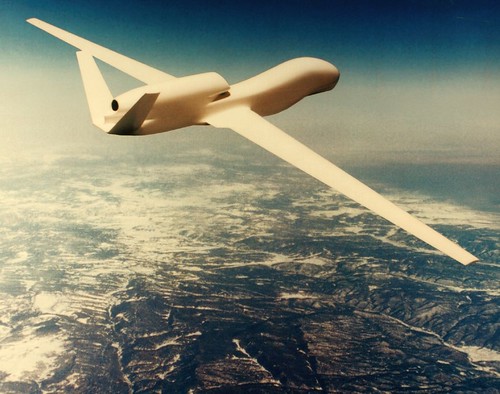 As I noted in my previous column, an attempt to impeach President Trump could easily fail. . . and whether it succeeds or fails, it could easily divide the country even further. What's more, such an effort would be hard to complete until near the end of the President's term (if then). An unsuccessful vote would also make a second attempt more difficult, even if he is reelected and then commits clearer "high crimes." Finally, the President has predicted that an impeachment effort will only strengthen him politically - making his reelection more likely. For those reasons, commentators and members of Congress have asked whether it makes any sense to try to impeach him.

However, I argued that the obvious grounds for impeachment were neither the only possible ones nor the right ones. . . and I gave one example that could be less counterproductive and also more likely to be successful: complicity in efforts by some Border Patrol officers to increase the number of migrants who are dying in the desert along the border (by emptying water jugs left by Good Samaritans and arresting them).

In early June, there was extensive news coverage about a six-year-old girl who died of thirst in the desert while her parents searched for water for her. What if it could be documented that her family, or a similar one (such as the family of the toddler found dead later in June in another wildlife refuge), had found a water jug left by the volunteers - only to discover that it had been emptied? That would put a name to a killing. . . a heartbreaking innocent victim, a child killed by agents of our government after the President declared him or her a criminal and encouraged such overreactions by saying that many such "invaders" were merely "animals."

And if the child's body had been photographed, it would put not merely a name but a face to that killing. . . which would likely have the same impact as the photograph of a father and 1-year-old child found face-down in the Rio Grande. When combined with existing video of Border Patrol agents deliberately destroying thousands of such water caches, that one photo would make it easy to imagine many similar innocent victims - and make "no" votes on impeachment a much harder sell.

A similar case can be made in a second and completely unrelated matter, involving civilian casualties in the War Against Terror. . . Remember President Trump's campaign promise to defeat ISIS within a few months, by ordering our soldiers to kill the wives and children of ISIS members until they all agreed to stop fighting? When it was pointed out that doing so would be a war crime (under both U.S. and international law), he was adamant - and when it was pointed out that our soldiers would hopefully refuse illegal orders, he retorted that he would force them to do so.

I haven't heard anything about that promise since his inauguration, although a few news reports have been disturbing. (I'll mention more about two of those in future columns because they actually have the legal potential to put the President at risk for more than merely impeachment.)

However, the news did cover a drone strike against an ISIS fighter that President Trump viewed. As the drone operator was preparing to carry out the attack, the President reportedly asked why it was being delayed briefly until the target got far enough away from the house containing his family. I have no way of knowing whether that remark got shared with other drone operators - but given that the President seemed to be encouraging the killing of an entire family, wouldn't it be surprising if it wasn't? And given his earlier public comments that he would be ordering our soldiers to deliberately target women and children, they too might have seen an obvious pattern. Doesn't it seem quite possible - perhaps likely - that encouragement to kill civilians has been taken to heart by some members of our armed forces? (After all, in the Vietnam War a mere lieutenant who ordered the massacre of every South Vietnamese civilian in the village of My Lai, even babies, was obeyed by his squad.)

Such statements by the Commander in Chief of our armed forces run counter to not just American law but our values. So, if a President seems to repeatedly encourage our service members to murder women and children, should the members of Congress who represent us permit that to continue - or do they have a duty to try to stop it?

As in the first example, it wouldn't be hard to make the point that impeachment could be necessary even very near the end of the President's term, if it might prevent a single child's deliberate death at our hands. And it would be easy to argue that such a vote was again important in order to reclaim our American value and diminish our guilt - plus, in this case, to go on record as telling members of our armed forces that it would be wrong to follow such orders from any future President.

The two examples also fit a pattern. Together, they are harder to dismiss as merely misunderstandings or as blown completely out of proportion - making the case that President Trump is unsuited for his office more compelling.

Dagmar Honigmann is in her sixties and has worked as a writer and educator. She is the daughter of German refugees who made separate middle-of-the-night escapes from East Germany after World War II, in her motherâ€™s case with help from an (more...)
Related Topic(s): Donald Trump; Impeachment; War On Terror, Add Tags
Add to My Group(s)
Go To Commenting
The views expressed herein are the sole responsibility of the author and do not necessarily reflect those of this website or its editors.