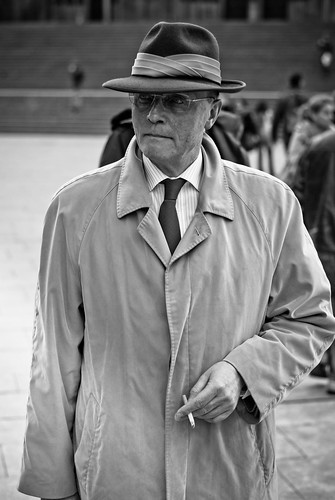 This article was first published on February 21, 2017, one month after Donald Trump was sworn in as president, more than two-and-a half years ago. What was true then is even truer now, and so I am reprinting it with this brief introduction since I think it describes what is happening in plain sight today.

Now that years of Russia-gate accusations have finally fallen apart, those forces intent on driving Trump from office have had to find another pretext. Now it is Ukraine-gate, an issue similar in many ways to Russia-gate in that both were set into motion by the same forces aligned with the Democratic Party and the CIA-led Obama administration.

It was the Obama administration who engineered the 2014 right-wing, Neo-Nazi coup in Ukraine as part of its agenda to undermine Russia. A neo-liberal/neo-conservative agenda. This is, or should be, common knowledge. Obama put it in his typically slick way in a 2015 interview with CNN's Fareed Zakiria, saying that the United States "had brokered a deal to transition power in Ukraine."

This is Orwellian language at its finest, from a warmonger who received the Nobel Prize for Peace while declaring he was in support of war. That the forces that have initiated a new and highly dangerous Cold War, a nuclear confrontation with Russia, demonized Vladimir Putin, and overthrown the elected leader of a country allied with Russia on its western border, dares from the day he was elected in 2016 to remove its own president in the most obvious ways imaginable, seems like bad fiction.

But it is fact, and the fact that so many Americans approve of it is even more fantastic. Over the past few years the public has heard even more about the so-called "deep state," only to see its methods of propaganda become even more perversely cynical in their shallowness. No one needs to support the vile Trump to understand that the United States is undergoing a fundamental shift wherein tens of millions of Americans, who say they believe in democracy, support the activities of gangsters who operate out in the open with their efforts to oust an elected president. That so many, out of their hatred of Trump, have convinced themselves that these gangsters are only doing their patriotic duty and are honest and truthful patriots is a sign that they have lost their ability to think for themselves, if they ever had it. Propaganda rules the U.S.A.

We have crossed the Rubicon and there will be no going back.

"In irony a man annihilates what he posits within one and the same act; he leads us to believe in order not to be believed; he affirms to deny and denies to affirm; he creates a positive object but it has no being other than its nothingness." Jean-Paul Sartre

It is well known that the United States is infamous for engineering coups against democratically elected governments worldwide. Voters' preferences are considered beside the point. Iran and Mosaddegh in 1953, Arbenz in Guatemala in 1954, Indonesia and Sukarno in 1965-7, Allende in Chile in 1973, to name a few from the relatively distant past. Recently the Obama administration worked their handiwork in Honduras and Ukraine. It would not be hyperbolic to say that overthrowing democratic governments is as American as apple pie. It's our "democratic" tradition - like waging war.

Obama, CIA groomed, was smoothly moved into power by the faction that felt Bush needed to be succeeded by a slick smiling assassin who symbolized "diversity," could speak well, and played hoops. Hit them with the right hand; hit them with the left. Same coin: Take your pick - heads or tails. Hillary Clinton was expected to complete the trinity.

But surprises happen, and now we have Trump, who is suffering the same fate - albeit at an exponentially faster rate - as his predecessors that failed to follow the complete script. The day after his surprise election, the interlocking circles of power that run the show in sun and shadows - what C. Wright Mills long ago termed the Power Elite - met to overthrow him, or at least to render him more controllable. These efforts, run out of interconnected power centers, including the liberal corporate legal boardrooms that were the backers of Obama and Hillary Clinton, had no compunction in planning the overthrow of a legally elected president. Soon they were joined by their conservative conspirators in doing the necessary work of "democracy" - making certain that only one of their hand-picked and anointed henchmen was at the helm of state. Of course, the intelligence agencies coordinated their efforts and their media scribes wrote the cover stories. The pink Pussyhats took to the streets. The deep state was working overtime.

Trump, probably never having expected to win and as shocked as most people when he did, made some crucial mistakes before the election and before taking office. Some of those mistakes have continued since his inauguration. Not his derogatory remarks about minorities, immigrants, or women. Not his promise to cut corporate taxes, support energy companies, oppose strict environmental standards. Not his slogan to "make America great again." Not his promise to build a "wall" along the Mexican border and make Mexico pay for it. Not his vow to deport immigrants. Not his anti-Muslim pledges. Not his insistence that NATO countries contribute more to NATO's "defense" of their own countries. Not even his crude rantings and tweets and his hypersensitive defensiveness. Not his reality-TV celebrity status, his eponymous golden tower and palatial hotels and sundry real-estate holdings. Not his orange hair and often comical and disturbing demeanor, accentuated by his off-the-cuff speaking style. Surely not his massive wealth.

Related Topic(s): Coup Attempt; Deep Politics; Democracy; Russia-gate; State Corruption; Trump; Ukraine, Add Tags
Add to My Group(s)
Go To Commenting
The views expressed herein are the sole responsibility of the author and do not necessarily reflect those of this website or its editors.