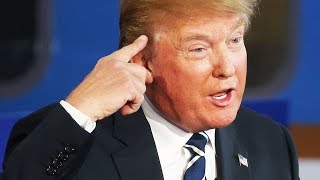 The White House press office released this statement Thursday night, after the legislation the occupier of the Oval Office sent to the Senate went down in humiliating flames.

"Today, the Schumer Democrats in the Senate demonstrated again that they are not serious about DACA, they are not serious about immigration reform, and they are not serious about homeland security. They filibustered a proposal with an extremely generous path to citizenship because it also contained reforms that secured our border and secured our immigration system. The Grassley bill was a compromise bill -- as demonstrated by the fact that some conservatives opposed its very generous DACA provisions. Yet, the Schumer Democrats chose to filibuster it because they are held hostage by the radical left in their party, which opposes any immigration control at all. Today, they sided with an extreme fringe over the hardworking men and women of the Department of Homeland Security. The Administration will continue advocating for an immigration package that includes border security, ending chain migration, cancelling the visa lottery, and a reasonable DACA solution -- a proposal Americans support overwhelmingly. And while radical Schumer Democrats align themselves with the open border fringe, the Trump Administration will continue advocating for the American people. The next step will be for the House to continue advancing the proposal from Chairman Goodlatte and Chairman McCaul."

Trump's bill -- the Grassley bill -- was not a compromise. It was Stephen Miller's white supremacist wish list for remaking immigration policy to make sure only wealthy white people could come into the U.S. And it failed miserably, with 14 Republicans voting against it. Four. Teen. That's not Democrats defeating it.

Related Topic(s): Daca; Dreamers; Filibuster; Immigration; Trump Ego; Trump Idiot-in-chief, Add Tags
Add to My Group(s)
Go To Commenting
The views expressed herein are the sole responsibility of the author and do not necessarily reflect those of this website or its editors.