"Mr. Trump, you are not going to have a second term," tweeted Sen. Bernie Sanders in response to the president's reported plan 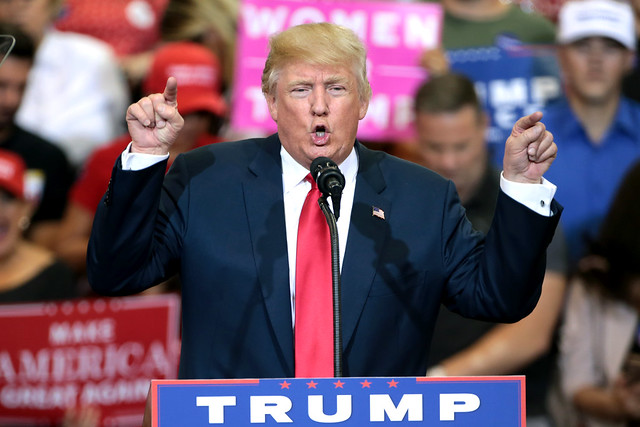 After exploding the federal budget deficit with over a trillion dollars in tax cuts for the rich and massive corporations, President Donald Trump is reportedly considering using his possible second term in the White House to slash Medicare and Social Security -- the final part of a two-step plan progressives have been warning about since before the GOP tax bill passed Congress in 2017.

The New York Times reported this week that, with the budget deficit set to surpass $1 trillion in 2020 thanks in large part to Trump's tax cuts and trade war, Republicans and right-wing groups are pressuring the president to take a sledge-hammer to Social Security and Medicare, widely popular programs Trump vowed not to touch during his 2016 campaign.

Sen. John Barrasso (R-Wyo.) told the Times that his party has discussed cutting Medicare and Social Security with Trump and said the president has expressed openness to the idea.

"We've brought it up with President Trump, who has talked about it being a second-term project," said Barrasso.

Senator John Thune (R-S.D.), the number two Republican in the Senate, echoed Barrasso, saying it is "going to take presidential leadership to [cut Social Security and Medicare], and it's going to take courage by the Congress to make some hard votes. We can't keep kicking the can down the road."

commondreams.org is a progressive publisher
Related Topic(s): Medicare; Rich Tax Cuts; Social Security Cuts; Trump Is A Thug; Trump Liar, Add Tags
Add to My Group(s)
Go To Commenting
The views expressed herein are the sole responsibility of the author and do not necessarily reflect those of this website or its editors.