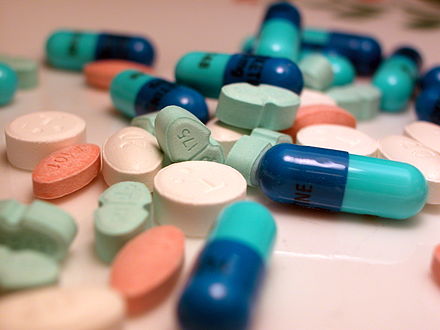 On June 7, the US Food and Drug Administration granted "accelerated approval" to Biogen's new Alzheimer's medication, aducanumab, two years after the company halted its first set of Phase 3 clinical trials over "disappointing" results. Accelerated approval is based not on the usual required finding that a drug is proven "effective," but instead on a finding that it is "reasonably likely to predict a clinical benefit."

The decision comes with some controversy. FDA advisor Dr. Caleb Alexander is "surprised and disappointed" by the decision, saying he thinks the FDA "gave the product a pass" despite lacking good evidence for its efficacy. Dr. Patrizia Cavazzoni, director of FDA's Center for Drug Evaluation and Research, acknowledges "residual uncertainties," but holds that "the data supports patients and caregivers having the choice" to try aducanumab.

In a free society, FDA would have no authority to come between doctors, patients, and medical-treatment choices in the first place.

Private certification mechanisms, like those provided by Underwriters Laboratories for electrical equipment, would almost certainly do a better and cheaper job of ensuring the safety and efficacy of medications and treatments. Doctors, insurers, and most patients would likely heed the findings of such mechanisms.

As for those who choose "alternative medicine," home remedies, and even potentially dangerous black market drugs, they already make those choices now, regardless of what FDA says, and they would likely continue to do so.

Nonetheless, "accelerated approval" of aducanumab is a good sign and hopefully the beginning of a trend.

FDA foot-dragging has likely killed tens of thousands of patients every year for decades. It takes far too long and costs far too much to get government approval of life-saving medications. From beta blockers to human-body glue, Americans have paid for FDA's skewed incentives and bureaucratic delays with their lives.

That continuous but largely unnoticed cost became, tragically, much higher and much more obvious last year. More than 300,000 Americans -- including my mother -- died in the six-month interregnum between Moderna's COVID-19 vaccine establishing its basic safety and FDA finally granting an emergency-use authorization.

We'll never know how many departed friends and loved ones might still be with us if FDA had applied a "reasonably likely to predict a clinical benefit" standard to medications we count on today but had to wait years for.

Can FDA make itself more useful and less deadly? Only time will tell. Here's hoping the answer is yes.

Related Topic(s): Alzheimers; Covid-19; FDA, Add Tags
Add to My Group(s)
Go To Commenting
The views expressed herein are the sole responsibility of the author and do not necessarily reflect those of this website or its editors.