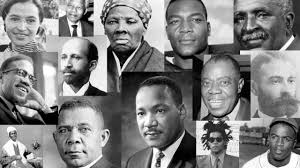 Today's first reading from the Jewish Testament's Second Book of Kings sets the tone for this Sunday's reflection. It is about a privileged woman (from biblical Shunem) who is given a new lease on life by creating a room "upstairs" for a prophetic presence and voice. Doing so brings her new life beyond anything she had dared hope for.

Her situation taken in conjunction with our day's other readings can be understood as calling us all to clear space in our minds for recognizing our own inner prophets. Currently, that means attuning our consciousness to the oracular nature of the shouts and denunciations raised in our streets. The black voices resonating there are far more perceptive and informed - more prophetic - than anything we hear from white politicians and talking heads on TV. In effect, the tumult in the streets calls us to recognize the truth of black supremacy.

To see what I mean, let's think about prophecy as referenced in today's liturgy of the word. Then consider the analytical advantage native to the truly exceptional among us (our African American sisters and brothers). Finally, let's entertain suggestions for creating suitable space in the upper reaches of our minds for black prophets who possess the power to change our nation's collective life.

The reading about the Shunamite woman comes from the part of 2nd Kings that details the words and deeds of the great prophet Elijah and his successor Elisha. For our purposes today, those details are not important.

What is important is to rethink the category of prophet. Most lump the term together with something like fortune teller. They think prophets are primarily concerned with the future.

But that's where they're wrong. Biblical prophets were not principally concerned with the future. They were not fortune tellers. Instead, they were understood as spokespersons for God. Though some functioned as court advisors, most were primarily defenders of the poor and oppressed - the real "chosen people" of Israel's God throughout the Jewish Testament.

As such, prophets had their eyes firmly fixed on the present. Their task was twofold. It was first of all to denounce and secondly to announce. Prophetic denunciation targeted kings, rich landowners, bankers, the royal classes in general, and temple officials. The habitual crime of the well-off was their systemic exploitation of poor peasants and laborers, and those forced into debt peonage. In fact, if you examine the parables of Jesus, you'll find most of them addressing the situations of such people. Yes, Jesus appeared in the prophetic tradition.

The second prophetic task was to announce a new future for the oppressed. For the prophets, another world was possible. Another God was possible. Jesus called that other world "the kingdom of God." The phrase and its parabolic descriptions in stories like the Prodigal Son and Good Samaritan captured what the world would be like if God were king instead of Caesar.

That God was "Father" to the poor, their "Good Shepherd," the Great Liberator of people like those Jesus himself befriended - prostitutes, beggars, insurgents, lepers, foreigners, drunkards, the hungry and thirsty, social outcasts, children, and repentant tax collectors.

Besides being a prophet, Jesus himself was a poor man - a day laborer (not a priest or rabbi) who had been an immigrant in Egypt as a child. From the beginning of his public life, he was under surveillance and investigation by the authorities. They identified him as a terrorist and subversive. He finished as a victim of state torture and capital punishment.

All of that means that (according to Christian faith) God chose the socially marginalized and rejected as the vehicle for revealing the true meaning and purpose of human life. It's as if (according to divine epistemology) the poor are somehow more connected with Life itself.

What could that mean for our actual world that's now on fire with insurrection? And here, let me emphasize that I'm not just referring to Minneapolis, but to the rebellions that Twin City has evoked across the country and across the planet. Does it all suggest that African Americans know more than the rest of us? Does it suggest that as a people, they're more perceptive - more prophetic - than the rest of us?

Related Topic(s): American Exceptionalism; American_History; Black History; Black Lives Matter; God; Jesus; Justice; Prophet; Slavery; Sunday, Add Tags
Add to My Group(s)
Go To Commenting
The views expressed herein are the sole responsibility of the author and do not necessarily reflect those of this website or its editors.