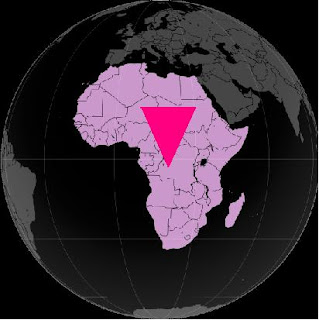 1941  Holocaust: under instructions from Adolf Hitler, Nazi official Hermann Göring, orders SS General Reinhard Heydrich to "submit to me as soon as possible a general plan of the administrative material and financial measures necessary for carrying out the desired final solution of the Jewish question."

I fully realize that some people will take umbrage with use of the word "holocaust" to describe what is happening in Africa, but please suspend your sensibilities for a moment.

Last week, a report on Human Rights violations by the prisons in Uganda shows just how difficult it is to survive imprisonment (see below). Lack of food and water, plus the spread of disease have shortened the lives of many Ugandans - some in prison for being gay. It's no wonder that "prophet" Lou Engle can say with certainty that he didn't want the death penalty in Uganda's "Kill the gays" bill, simply because he knew that imprisonment was enough. Imprisonment was just as good. Imprisonment kills.

All over Africa. Besides the problems of sanitation, and starvation, there are other means with which to demoralize and torture inmates: for example, in South African prisons,  rape by a person known to have HIV is an accepted form of "punishment." Children are born in prison - and never released. People are convicted for trivial offenses, often turned in by tribal enemies. And people await years for a trial.

And the sentences are disparate but deadly:

To pile such misery upon a people, to know that imprisonment often means death while targeting a certain group, well, isn't that a kind of holocaust?  There are thirty-four countries in Africa that have criminalized homosexuality. Three - Mauritania, Domalia and Sudan - carry the death penalty. San Tome, Principe, Mozambique and Angola carry labor camps as penalties, but with no specific length of sentence. And in Swaziland, Kenya, Lesotho, Namibia, Sierra Leone and Zambia, male homosexuality is illegal, but lesbianism is not.

Some of the other sentences:

The Western Regional Minister of Ghana, Paul Evans Aidoo... has triggered a witch-hunt in the country's west, ordering the arrest of all "suspected" gay and lesbian residents.

Speaking at a press conference on the 18th of July, Rev. Fred Deegbe of the Christian Counsel of Ghana said of legalising homosexuality: "This detestable and abominable act, if passed into law in Ghana, will bring the wrath of God upon the nation and the consequences will be unbearable."

The Christian Counsel of Ghana is a rather eclectic group made up of fifteen churches - four of which are evangelical. While it normally would be a good guess which one Rev. Deegbe is from, the religious situation in Ghana has even the most progressive churches condemning homosexuality. It was at a Sunday service in Sunyani Central Ebeneezer Presbyterian Church that its pastor, Joseph Bosoma pleaded with Ghana's recently re-elected  President John Evans Atta Mills to criminalize homosexuality. Mills responded that the government would "...institute measures to check the menace of homosexuality and lesbianism."

Rev. Dan Vojir is has been writing/blogging on religion and politics for the better part of ten years. A former radio talk show host (Strictly Books " Talk America Radio Network) and book publisher, Dan has connected with some of the most (more...)
Related Topic(s): Africa; Christian Right; Gay Rights; Genocide; Ghana; Holocaust; Kill A Queer For Christ; Kill-the-gays Bill; Lou Engle; Prisoner Abuse; (more...) The Family; The Fellowship The Family, Add Tags  (less...)
Add to My Group(s)
Go To Commenting
The views expressed herein are the sole responsibility of the author and do not necessarily reflect those of this website or its editors.