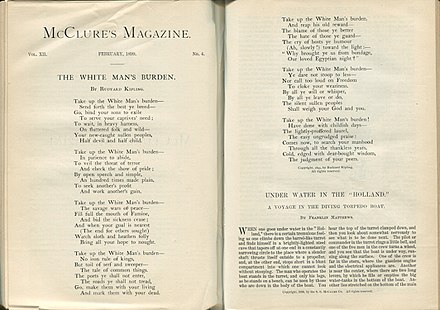 "When you're wounded and left on Afghanistan's plains, and the women come out to cut up what remains, jest roll to your rifle and blow out your brains and go to your gawd like a soldier." ~ Kipling

English poet Rudyard Kipling's spirit may breathe a sigh of relief now that President Joe Biden has decided to end the latest March of Folly into Afghanistan. Kipling immortalized the phrase "White Man's Burden" used as an excuse for European-American imperialism. (And Barbara Tuchman's, March of Folly: From Troy to Vietnam, published in 1984, is a well worth reading again.)

There can be many a slip between cup and lip but, for the nonce, it does seem as though the Western White (U.S. and NATO troops) will be out of Afghanistan by Sept. 11 - leaving widespread rubble for which the countries who sent them there will be responsible, yet miserly in helping repair.

Artificial "Light At the End of the Tunnel"

In Afghanistan, as was the case with the war in Vietnam, US generals and courtier pundits lied through their teeth. They continually lied about the progress they were making, as Craig Whitlock makes clear in excruciating detail in his Dec. 2019 Washington Post report The Afghanistan Papers A secret history of the war: At war with the truth.

You did not have to go through the crucible of Vietnam -- or wait for honest reporting from the very few like Whitlock -- to discern how Americans, including some presidents, were being misled on Afghanistan. The experience of Vietnam, though, did throw rather clear deja-vu light on this latest folly and its spurious justifications. With a modicum of experience in media analysis, it was not difficult to penetrate the deceit and piece together what was really going on.

You Can Do It Without Spies?

I am almost amused thinking back on how President Reagan's CIA Director, Bill Casey, was astonished to learn that over 80 percent of intelligence analysis was based on open sources. When today's journalists ask the agency's PR unit about me, the standard answer is that, since I no longer have access to classified reporting, I cannot possibly know what is going on.

But at a time when Gen. David Petraeus prevented my former analyst colleagues from having input into decisions on the relative merits of "surging" tens of thousands more troops into Afghanistan, I did not need intelligence from sleuths, surveillance, spies, or satellites to warn President Obama 12 years ago that:

"Gallons of blood are likely to be poured unnecessarily in the mountains and valleys of Afghanistan -- probably over the next decade or longer."

Kipling himself came to recognize the dangers -- and ultimate folly -- of imperialism. He wrote:

At the end of the fight
Lies a tombstone white
With the name of the late deceased;

Ray McGovern works with Tell the Word, the publishing arm of the ecumenical Church of the Saviour in inner-city Washington. He was an Army infantry/intelligence officer and then a CIA analyst for 27 years, and is now on the Steering Group of Veteran Intelligence Professionals for Sanity (VIPS). His (more...)
Related Topic(s): Afghanistan War; Antiwar; Blood; Generals; History; Racism; WHITE COLLAR CRIMES; White House Coverups; White Nationalism, Add Tags
Add to My Group(s)
Go To Commenting
The views expressed herein are the sole responsibility of the author and do not necessarily reflect those of this website or its editors.